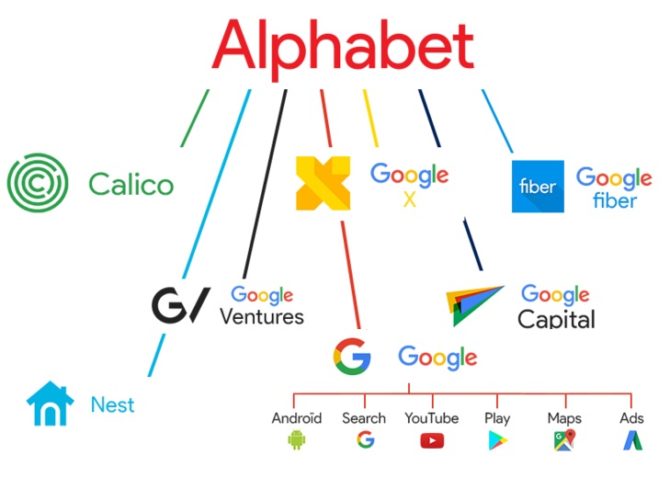 Google’s returning to its high-profit ways again.  The company reported 3rd Quarter revenue jumped 14% to $46 billion. That’s up almost $6 billion vs 2019, despite the economy lagging due to the Covid 19 pandemic.

The company is benefitting from business and retail heading online, just as ad budgets have been transitioned to online media. It exceeded analyst estimates to post an $11 billion dollar profit in the quarter.

While Google faces the onslaught of DOJ anti-trust questioning, investors are not phased at all at its effect on Google revenues or the value of the company if was broken up. There is a feeling that the bipartisan anti-trust charges will go nowhere, and it will be back to booming, industry-dominating revenues in 2021.

The company reports a return of ad budgets in the 3rd quarter, coming out of the pandemic shutdown. Google’s earnings are up 14% year over year showing an astonishing recovery.

Google’s earnings success may be part of the V-shaped economic recovery, but also due to aggressive advertising on Youtube. Google’s cloud business has increased 45% since last year too. 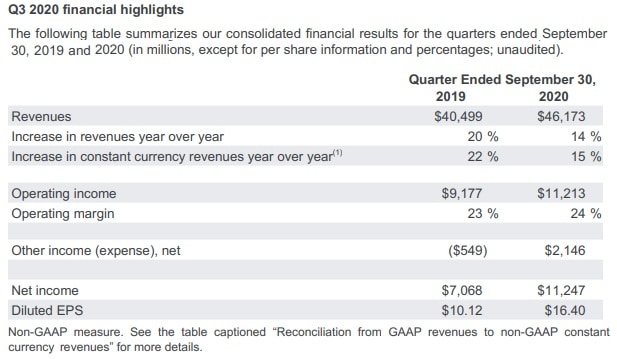 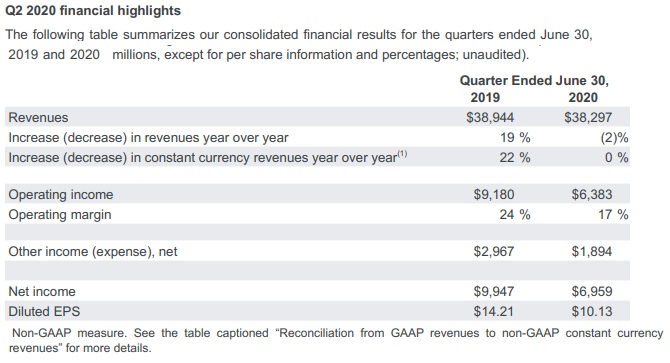 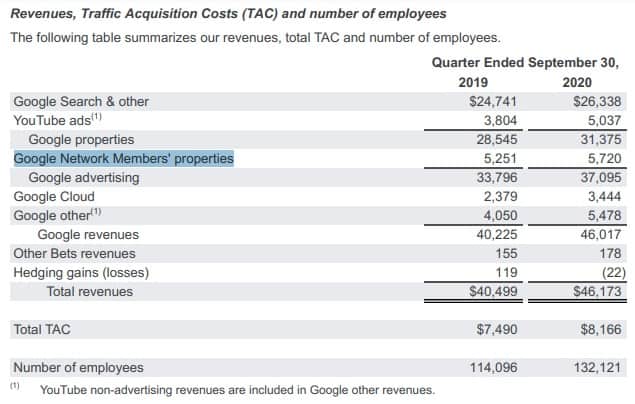 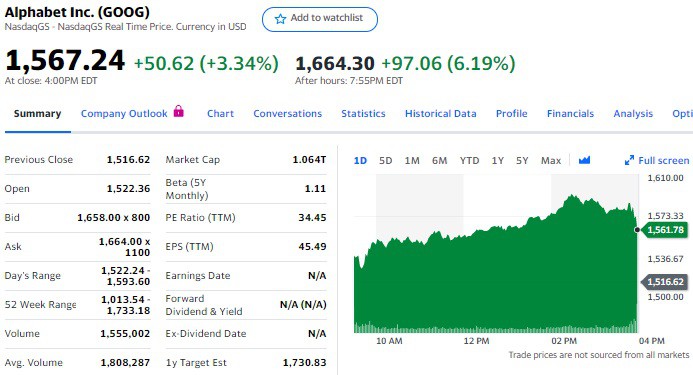 Those with money, still stand to gain a lot from Google stock, Amazon, Facebook, Apple, Tesla, and even Netflix. Jim Cramer continues to see good value in the Faang stocks.

Alphabet is tough to keep up with. There’s always something new on the go.  Google’s been releasing some industry leading products of late, the most recent called Google Stadia. Google wants a piece of the $130 Billion video game market and be the Netflix of video games.

However, it is there Adsense advertiser program, and Youtube platform that are bringing in the big bucks. Young consumers are using Youtube extensively, and those migrating away from Cable television are watching a variety of Youtube entertainment options (Youtube Premium).

As the economy recovers, and consumers return to their normal routines, Google is coming out of this period strong. They won’t be losing users and with ad budgets returning and more people searching for products and services to purchase, it’s not hard to see Google easily continuing with a 10+% increases in 2021. 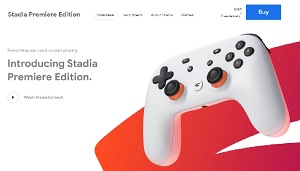 This gaming platform uses the Youtube service to allow game players to pay to play games. Some suggest it is a game-breaker, but others are doubtful of the business model. It’s up against formidable competition.

Google also announced Google Checking which allows users to pay for purchases and subscriptions via their bank accounts. They inked a deal with CitiGroup and intend to link it to Google Pay. It will compete with rival Apple’s Apple Pay.

The company’s other new improvements include Nest Mini smart home system, Pixel 4 Smartphones, and Nest Wifi, have arrived too.

The company’s foray into medical data, and its purchase of fitbit are testing the tolerance of Federal monopoly regulators. Regardless, the company keeps innovating in the face of regulation and competition.

King of the Technology Stocks?

Google’s long been a favorite of many NASDAQ investors. Even before their IPO, the company posted amazing earnings and its Alphabet stock is a key factor in the S&P’s record breaking 2019.

The company’s culture of controlled progress, innovation, optimism, targeted consumer products, and advanced technology has inspired thousands of startups and global corporations. Its extensive ventures have paid off well for investors.

No one can argue the historic success of Google / Alphabet. It’s easy to predict their annual success and growing returns, but is Google better than similar NASDAQ stocks such as Facebook, Netflix or Amazon?

The big question now is whether the FAANG companies and Google can excel in the post Free Trade era and in lieu of $5 billion fines from Europe and other locales for monopoly and data protection issues. Europe it appears, wants the big American monopolies out of their jurisdiction. And with US China trade wars deepening, Alphabet won’t find much growth in Asia (Baidu).

How Google Fare’s Against the Other Faangs?

See more about the Faang stock forecast and the best stock picks for 2020. Are Google, and Apple and Amazon ready to rocket if a trade deal is approved? Will tariff reductions and economic surge mean big profits for Google and Apple in 2020?

But Google is such a successful, powerful enterprise that you can expect it to win at anything from advertising to cloud to video to artificial intelligence.

What investors might want to consider as Google’s real issues are the global political environment (negative), competition (Facebook and Amazon could invade their markets) and the future health of the US economy (excellent). Will Google face GDPR regulations and find themselves handcuffed to collect and use user data? Will anything threaten the advertising duopoly of Facebook and Google?

Big Year Ahead for Google/Facebook/Amazon

The FAANG stocks as a whole are expected to thrive.  It’s Amazon and Google that look the best. And the 2021 forecast is positive for most economists. After this first half is through we’ll return to the upward march.  When digital ad spending climbs, as expected, and only 2 companies currently control the industry, you can expect each to excel. Check out the Facebook stock forecast and the Amazon stock forecast. 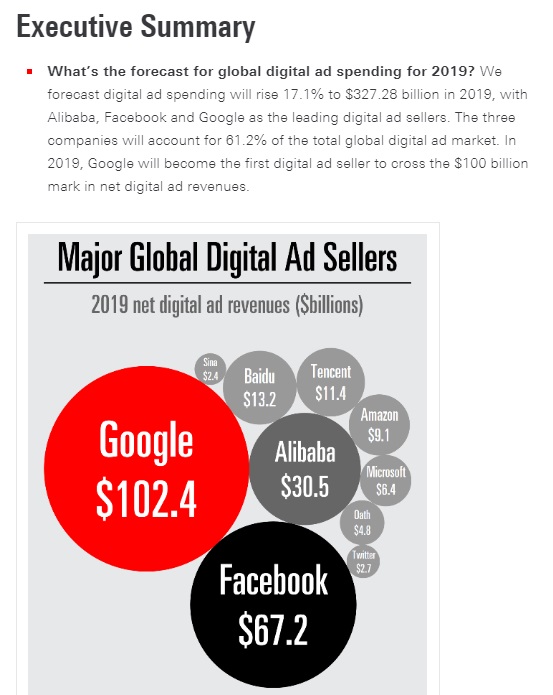 How Does Google Make Money?

Google’s primary revenue source is advertising, and its flagship product Google.com search is the king pin. Alphabet is more of a proxy name for Google’s search engine which controls about 80% of the web search market. 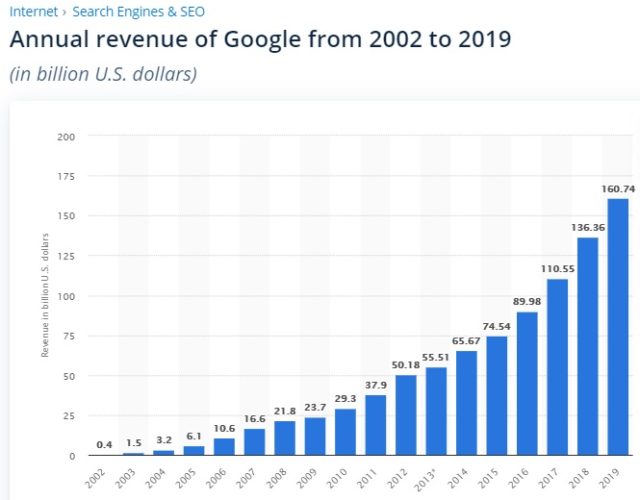 The recent and long expected failure of Google+ as a social media platform is disappointing since it signifies Facebook has completely won in that arena.

Despite an impressive quarterly fourth-quarter 2019 net income of $8.95 billion, or $12.77 a share, compared with losses of $3.02 billion, or $4.35 a share, in the year-ago period, Google’s stock price fell. It currently sits at just under $1100 per share and is rated as one of the best stocks. The 4th quarter results were benefited by a $1.3 billion gain from debt security. Otherwise, the results were as forecast by analysts.

Yet Google is a well managed, excessively large and well financed operation, whose monopoly gives it an ongoing advantage in fending off upstarts, who will never pass the kill zone. Google is highly entwined with India and there is little concern that the fast growing Indian economy would block Google.

In my humble opinion, Google needs to work more closely with American businesses to create higher quality tech products in the US. The gamble with autonomous cars is risky against the very popular Tesla. It’s estimated that autonomous vehicles on our roadways are a long way off. And the potential conflicts with human drivers and motorcycle riders who want to continue driving hasn’t even hit the political fan as yet. See more on the Tesla stock price forecast.

This chart from Longforecast sees Google doing particularly well in the years ahead. 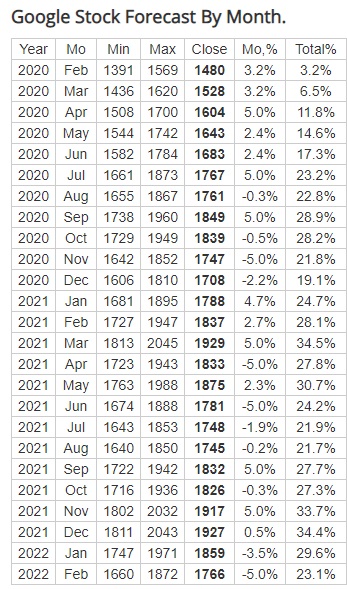 What do the Guru Stock Analysts Think?

At Cowen, John Blackledge has an Outperform rating on the stock. He lowered his price target slightly, to $1,390 from $1,420, as he cut his revenue forecasts for the next five years. “We think earnings and evidence that recent product innovations have impacted financials could serve as a driver for the stock,” Blackledge wrote. — From Barron’s Report.

Analysts Recommendation: Most Guru Focus analysts give GOOG stock the thumbs down. They’ve got a couple of warnings out and one might be a debt problem. 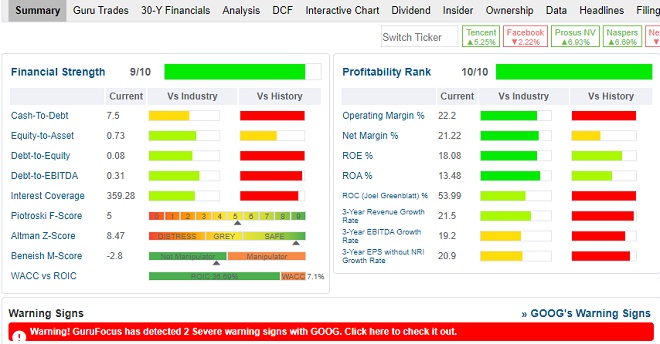 This report is a snapshot of performance and analyst reports and is not a recommendation. Please refer to many sources and detailed analyst reports before making your buy decisions.  It should be a good year for stocks after the recent political turmoil.  The US economy forecast is solid and the record S&P might well be followed by record levels for the Russell 2000 as well.