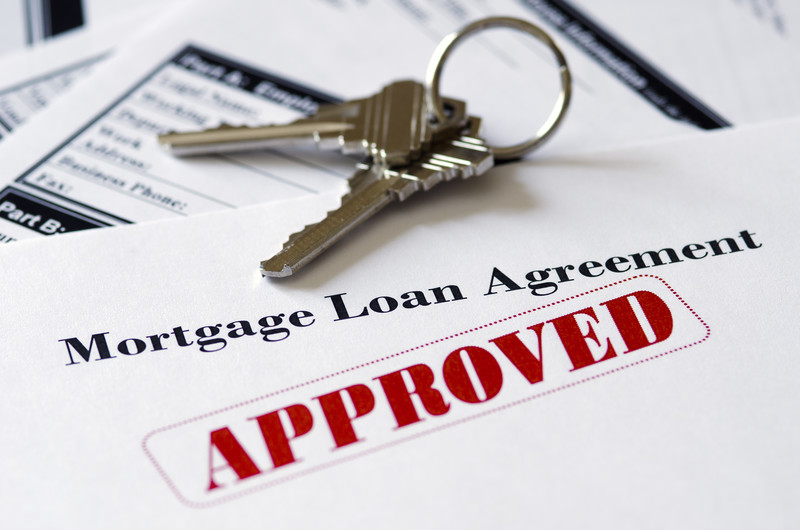 Rate Forecast: Are Lower or Higher Mortgage Rates Ahead?

You’re asking should I Should I Buy a House Now or refinance my mortgage?  Is a crash of the housing market a possibility?

Will Mortgage Rates go Down?  1, 5 and 30 year mortgage rates are dropping. And with oil prices rocketing today, inflation is an issue, the Fed is likely to lower lending rates them further. Good time to refinance your mortgage. Many in California have because mortgage payments have had a dramatic decrease there.

With or without economic news events, the trend for 2020 is for even lower rates (see mortgage rate forecast chart below).  Yet, some experts believe rates will likely fall further, perhaps below 3.3%.  It’s all about cheap money supply. There’s lots of money but no demand (home buying, etc.) to support inflation.

Why? It’s due to these interest rate suppressing factors:

So there’s not much reason for interest rates or mortgage rates to rise. Mortgage refinancing is hot though.

Will mortgage rates go down? Well, it looks like for the next 12 months, they will fall.  And if political upsets happen, they could continue falling.

During this no-supply era of the US housing market, forecasters have had dire predictions for the housing market, often laced with words like correction and crash. But hold on, demand appears to be returning just as rates are going down. Home sellers will likely get their price, and given the pessimism of the media and many so called experts, they will be more eager to sell.

What a winfall it is to get a 30 year fixed rate home loan at today’s low rate of 3.6% or lower.  What’s your mortgage rate? When home buyers consider what previous generations had to pay, they probably are smiling ear to ear. These savings can amount to hundreds of thousands of dollars in pricey housing markets such as San Francisco, Los Angeles, San Diego, Houston, Miami, and New York.

Should you remortgage? Mortgage expert Mark Fleming says when a 30 mortgage rate gets to .75% lower than yours, on an average sized loan, you need to refinance. It’s what he calls Free money!

Should you refinance?  Black Knight Says this about this Refi Boom:

The Mortgage Bankers Association reports that mortgage applications during the week ended Aug. 16 climbed by 0.4% from the previous week to the highest since July 2016. The average fixed rate for a 30-year conventional mortgage fell .03 percentage point last week to 3.9% according to TheStreet.

That’s an average which means mortgage shoppers can find a much lower rate and save more. Better.com was offering a 3.6% rate recently.

But many are still questioning: “will mortgage rates go lower?” The media and a number of economic forecasters are predicting a recession for 2020. Well, why would the FED raise rates if a recession is impending? Doesn’t make sense.

Would a 2020 recession make mortgage rates go lower? Yes, in fact, recessions have killed higher interest rates which is why so many would like to see higher rates so the markets will crash and reset.

Longforecast gives us a 2 to 5 year outlook on mortgage rates. They’re predicting low mortgage rates right up to the Presidential election, where an abrupt increase occurs.

US Government Policies on Interest Rates

Experts in the media talk away the low mortgage rates by saying they lack any economic stimulative power. However, low rates are a foundation for other fiscal stimulus such as tax cuts which could jumpstart the economy.  President Trump is pressuring the Fed to begin more quantitative easing — and pouring money into the US system.

If there is an economic setback, lower rates probably won’t stimulate spending or home buying. Would it send home prices crashing? Not likely, the housing shortage is too severe and there’s nowhere for anyone to relocate to. Even during this so called recession, it’s record low unemployment and an amazing job outlook.

This would improve the lives of tens of millions of new homeowners and create equity and financial stability — something that’s desirable to financial institutions. Homeowners with equity take out further loans, buy financial services and support the economy.

Jay Powell of the FED is stubbornly opposed to lower rates because during 2019, he has expressed concerns about inflationary pressures due to an upcoming economic recovery. He wants to prepare early for this economic renaissance in the US.

Lower rates would only stimulate the economy and the housing market and send the US dollar lower.

President Trump is a stickler for lower rates. He knows it is the foundation of a great economy and allows much more maneuverability and options for American firms. They need that to build their operations, innovate and compete internationally. And that’s especially when the US dollar makes US exports less attractive.

Fannie Mae’s housing sentiment survey revealed home buyers are more optimistic than ever. Their index hit 93.7, the highest since they began surveying. 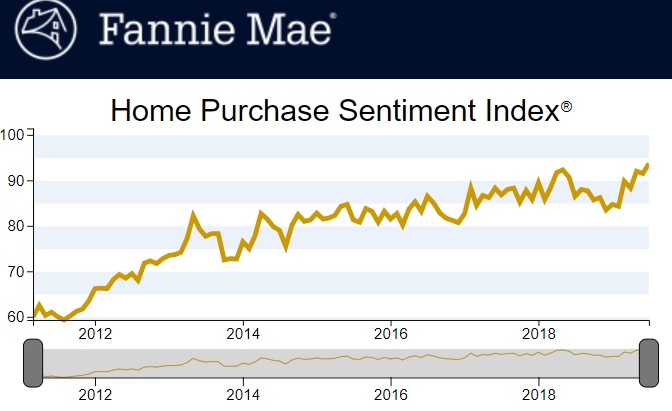 Below is the historical timeline of US interest rates. Check out the early 90’s when recessions where rampant. Interest rates went sky high. I got my first car loan at 22.5%. What fun that was. And see the rates during the last economic bull run from 2010 to 2016. They were zero.

Then the FED raised them so financial companies could make tons of money, not because they were slowing Trump’s economic boom, which by the way the experts Trump didn’t create. The experts and the Democrats said Trump’s growth was at the same pace of the Obama era. So why didn’t they raise rates in 2015 to control Obama’s outrageous fortunes?

The media won’t mention those stats and events. When more buyers can actually qualify for mortgages and have a bigger downpayment, they will buy homes.

If the economy is in recession, lower rates will prevail, thus creating good conditions for the housing markets. A recession could actually stimulate home sales by encouraging home owners to sell at a much lower price. A housing crash will never happen. Americans are wealthy and there’s no foreclosure worries. Bigger house sales leads to stronger economic activity.

So all economic pointers are pointing up. The more business is repatriated to the US, the more access these companies will have to American consumers. President Trump may about to lower the boom all those multinationals who won’t bring operations back or invest in US production.

These companies are planning to build in Vietnam and other locations to avoid Chinese tarriffs. When the President slaps Tariffs on all the cheap labor locations, these companies will lose their investments there with no access to US markets. I would expect President Trump to increase all the Tarriffs significantly to punish the tax evaders to the fullest.

At this point, President Trump should try to stimulate new housing construction with specific tax cuts. A big tax cut for everyone in the home construction business would help. That would mitigate any issues with lower export numbers.

Let’s face it, the United States is the only country doing well now. The US is the best palce to invest whether you’re investing in the stock market, starting a small business or a manufacturing corporation. Investors should look for US based companies manufacturing components formerly made in China.

President Trump will need to grease a lot of squeaky wheels, but the benefit for the housing market will be immense. And a strong housing market supports a very healthy economy. This is perfect opportunity to juice up the economy, make people happy, crush the crash talk, and win the 2020 election.