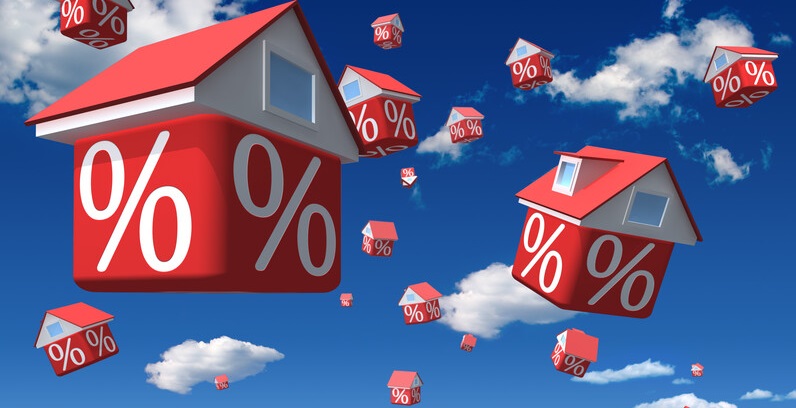 Will the Housing Bubble to Burst in 2023?

With inflation numbers soaring, GDP numbers falling, unemployment falling, and Fed interest rate hikes rocketing, there’s not too many positives for the US housing market forecast in 2023.

Most housing market experts concur that prices could fall and there’s little reason to believe in a recovery in 2023.

In fact, Moody’s Analytics revealed that homes in 183 of the 413 largest regional housing markets are “overvalued” by more than 25%.  They say some cities are highly overvalued and primed to collapse, such as Boise (overvalued by 72%), Austin, Texas (overvalued by 61%) and Charlotte (overvalued by 66%).

Fitch Ratings suggests home prices could fall by 15% overall. Obviously, in some cities the collapse could be horrific.

Economists too, are calling for moderate, brief recession, and the economy would roll once again. The problem with that prediction is that the central Fed rate could hit 8% in the war against inflation. As you’ll see in the chart below, the Fed rate was high just before the last market collapse, and many would say this housing bubble is much bigger and has a lot further to fall (record housing prices supported by stimulus payouts).

The key to the collapse?  The Fed must keep raising rates, even as inflation continues unabated and rates will have to reach 6% to 8%, and bond/treasuries will have to flood the market.

The belief in transitory inflation still hasn’t been put to rest, but Americans have a lot of cash, and employment and wages are strong.  With the US dollar index up to 114 (some saying it’s going to 120, which has preceded crashes), creating offshore inflation, it will be very difficult to bring inflation down.

Using interest rates, the Fed would have to push the rate up high for a long time. Eventually, perhaps by February, we’ll see some very negative statistics which will not only crash the stock market, it will put the nails in the coffin of the overvalued real estate markets.  Foreclosures are already up double in the last month which really foretells of what’s coming.

The fact is, real estate is grossly over-valued and when homeowners see their mortgage payments jump again throughout this winter, demand will drop off precipitously, and a crash momentum is begun.

Demand for homes is strong, however banks will not be willing to lend under the coming economic conditions. As the recent stimulus hits the economy, it will create further inflationary pressures, making higher interest rates absolutely necessary.  China is about to reopen their economy which could result in higher energy and commodity prices.

The current US government does not want to de-regulate industries which would increase supply of all products. Their ideology of suppressing consumer demand with higher rates will bring disaster.

Builders Have Been Brave, But Not Anymore

Builders did churn out more new homes last month, perhaps finishing what they started, which cleans up unsold properties.  But with the steep rate hikes, they’re abandoning the market, de-risking, and ensuring they don’t get caught over-extended in a recession and housing downturn. Actually, their conservative reaction may prevent an even bigger collapse later as a glut of houses could greatly exacerbate the situation.

The chances of a housing market crash is low for the rest of 2022, but as the pressures increase, we might something very negative in February, after all the band aids start falling off

What are the Housing Crash Signals to Watch?

What could start a housing market avalanche slide? Let’s look into this, so you can begin a home selling strategy to help you get the maximum benefit from this peak.

What are the Chances of a Housing Market Fall?

Those who predict a housing downturn can’t happen, point to the strength of the economy, good financial situation of home owners, underlying demand, and strong banks.

What they don’t see, is that this bubble mess will build to a point that even consumers with strong financial situations will be hit.  Banks may be in good shape too with stimulus money from paying off student loans and other stimulus help.  But when the Fed rate jumps high, it will set forth a global slowdown, with shockwaves hitting US shores.

What are the real chances of a major correction or housing market bubble? Likely between 20% and 40% in 2023.  2023 appears to be the year with the least support amidst big political upheaval. And the Democrats and Republicans hate each other and that political battle between Biden and the house/senate Republicans in 2023/2024 could start the price avalanche.

President Biden could be all alone in the White House, facing impeachment from the house/senate. With Kamala Harris becoming the next President, it just makes the situation extremely volatile, which scares investors away. That could generate a stock market crash.

There are many crash factors, but perhaps the key is in the current US administration’s lack of competence in juggling so many problems from growing demand, knowing when to raise interest rates and taxes, when to spend and not spend, and when to ease regulations so supply can resolve.

Zillow’s chart shows how rapid the US home price rises have been. And they’re actually predicting a further rise of 16.4% in 2022. Can the market sustain that?

But why would demand suddenly stop? Why would everyone stop shelling out big money for home purchases? Are higher mortgage rates and crushing mortgage payments enough to cause a collapse of demand?  Will homeowners start bailing out on underwater mortgages?  Is this 2006 all over again?

And once interest rates begin their climb and US debt payments loom, is there any way to stop that?  Will needed infrastructure spending only guarantee more big debt and inflationary pressures?  Are interest rates in for a big jump in 2023?  Are the current near record core price inflation levels going to go away? Is the stock market in bubble territory?  Are their international military conflicts? Are supply chains in jeopardy? Does anyone want the housing bubble to burst?

Why 2023? Years ago, I chose that as the year of the recession and potential housing market bubble for several factors:

What I didn’t calculate into that real estate crash equation back then was the Covid 19 pandemic, rising inflation, and rising interest rates.  We knew the Democrats would try to create this alternate economic and cultural situation, but we’re on the verge of seeing that vision completely collapse. And it’s about more than just high oil prices.

The government believes it can engineer a soft landing from the overheating pressure in 2022. Yet when one of the state/city housing markets begin to collapse, it could take the entire country down.  Ask yourself whether Biden admin has the intelligence and power to fend off home buyers fears amidst job losses in 2023?

The politicians have some power to avoid a recession, but fueling a fire and fighting it at the same is ridiculous.   They might not be able to use interest rates, raise spending, control inflation, stop stagnation, support business or get other government’s cooperation.  Many small business people were wiped out during the pandemic, and they’ll be vulnerable again in 2023 (debt, inflation, changed economy).

But the Republicans may not let Biden spend more on what they feel is “crazy socialist pet projects and blue state bailouts.”  I think we’ve seen enough of Donald Trump, but his lingering presence is yet another monkey wrench in the big machine. The only way back to economic health is via the Republicans, but not with Trump who is so strongly disliked.

In 2023: High Speed Wobbles and the Inevitable

When you’re driving a car, motorcycle or bicycle, you can hold onto the steering wheel or handle bars strongly when it goes into a high speed wobble. But there’s no control at that point which is why crashing is almost certain.

The economic engine, poorly maintained, then becomes uncontrollable and enters a high speed wobble where a crash is likely. Already, that has happened as Biden has made continuous overreactions in order to recover politically. Democrat political desperation then is a major factor in the 2 to 3 year forecast of the housing market.

The housing market has been chronically overheated and thus many financial bad habits such as unwise lending occur. Yet, American home owners are not underwater, have lots of cash, and with low interest rates can keep buying and financing.  Ridiculously high home prices supported by stimulus spending means the pull back on stimulus leaves home prices vulnerable unless the economic recovery begins soon.

Of course, many homeowners are hanging onto their homes because they’re unable to move during the Covid pandemic, have nowhere to go, and want to wait for the price peak before they unload. Later this year, we’ll hit the price peak and the political clamor will send house prices crashing.  Which cities are most vulnerable to a crash?

A Crash is Just Part of Rapid Settlement

The stock market might crash too, but after settling its tantrum, it will come back too. In fact oil stocks will be very strong during the economic recovery.

The post pandemic economic recovery will be stronger than some economists and stock market observers believe. Last months unexpected 400,000 job increase in the US is just a taste of what’s ahead.

People are quitting their jobs, but they’ll resettle into something better in 2022 and 2023. They’ll find their panacea. US wages are rising well allowing more Americans to buy homes. This will fuel further consumer spending and intentions to spend.

The travel sector is already heating up and this could be a record year if Covid 19 fades away. That’s a big unknown. Pandemics normally last 3 years.

Inflation is hot right now and we’ll keep going until production returns to normal. With oil prices and natural gas prices and gasoline prices rising higher, it does create problems. 2022 will be volatile until things settle. A crash might be part of that settlement process. The crazy prices will pressure the Democrats to loosen up on US oil production and pipeline delivery. That will ease some of the pressure, but inflation will be an issue in 2022. Hopefully, the bubble won’t burst in 2023.

Will There be a Rebound?

Will it be an extended, catastrophic downturn? Maybe. The whole situation is artificial because of the huge demand from young homebuyers aided by stimulus spending. There’s tens of millions of them and they’ll have jobs during the global economic expansion. It’ll likely be a nasty crash event, but probably recoverable.

The Republican house and Senate will revive the economy and the housing market by lowering taxes again, opening up US energy production, punishing Big tech monopolies, importing lumber, and making small business startups viable again. With the home building investment climate improving and returns from other sectors lower, the housing market would get a big infusion of cash (big investor/builder confidence).

So yes, 2023 could be volatile with a big housing market crash. But it’ll all come back again after that dip. Gen Z’s are joining Millennials in their unquenchable thirst for single family homes. You need a house or townhouse to raise kids. This demographic is the largest in US history, well past Babyboomers, and there’s huge numbers of Millennial aged hispanics coming across the southern border. That spells big demand for housing.

People are working out of their homes now which means they want a house with an office and some space to relax. Working from home can be very tough. Job changes in 2022/2023 because of new opportunity could be brisk. See more on the current US housing market.