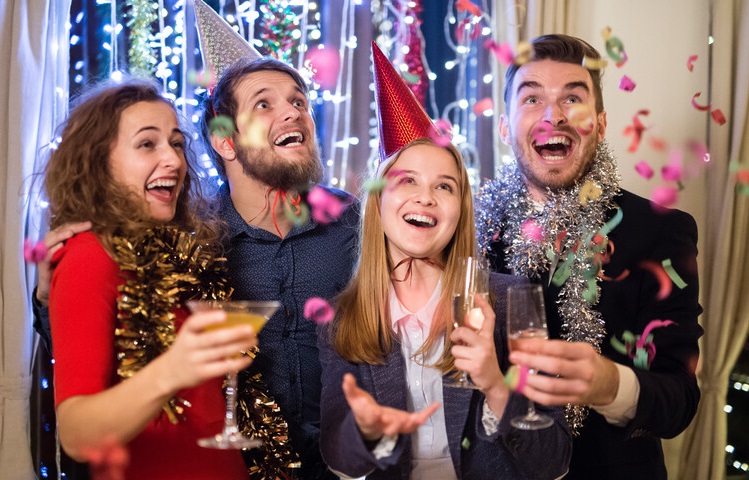 We’re all astonished at the high rising price of oil this fall, yet it seems oil traders are moving beyond a $100 a barrel price forecast to a revised one of $200 a barrel.

Some energy buyers are resorting to natural gas instead, but they’re buying at the energy equivalent of $200, so the predictions of $200 to $300 aren’t crazy.  It could reach those heights and crash downward. The trend though due to shortages and carbon emissions regulations will guarantee very high gasoline prices through 2022. And consumers like yourself may not be able to avoid the pain, as the summer of 2022 comes closer.

Some early options trading in September actually indicated that kind of price. So, it’s not preposterous. We’ve had some false starts before, but in the midst of economic recovery, high end predictions are more likely.  Consider this reasoning below and you might see why buying oil stocks might be the very best decision.

It’s an exciting opportunity for smart investors. Combine the oil opportunity with the Bitcoin opportunity and you have epic conditions during a market peak. New Year’s Eve 2021 might be a very different kind of celebration for those investing in oil.

There aren’t too many other epic profit opportunities going in the stock market for this fall. Most of the money has been made so these big upside stock market opportunities will occur less frequently. Instead, investors will have to pick their ponies, which is much more risky.

With respect to oil prices, the pessimists believe demand can be magically trashed and supply made to gush out of the ground but it can’t. And other experts believe oil stocks are bad play because these big companies have been rejected by the big fund managers due to the new green era rules.

But the new green rules are a political play. And ruling political parties come and go. Under pressure from angry voters, most of the current political parties including the US dems would be voted out. They will have to pull back from anti-oil legislation. And that will bring the hedge funds and billionaires back to buying oil stocks.

In my opinion, high oil prices and big oil company profits will take some time within a few years. But at $200 a barrel, how long will big fund managers be able to avoid joining the oil price celebration party?

We’ve been lured into the assumption that the price of oil during this major economic cycle can’t be more than the highs it reached in the past.

Oilprices.com quotes CME as saying that at the end of September, call options at Brent at $200 a barrel for December 2022 traded 1,300 times in one day

Forecasters were calling for $80 a barrel by year end, but we’re just in October and it’s already hit $84. $100 a barrel now is easy to predict, and if the economic recover and end of the pandemic continue, and supply chain bottlenecks ease, the demand for oil will rocket.

Remember that only 25% of the demand for oil is for gasoline. So cutting back on your driving, which you will do, will have minimal effect on the total demand for oil.

Demand for oil is worldwide and global economies are just now reawakening from the Covid recession. The European region is suffering from shortages and political tensions and it’s likely to raise nat gas and Brent crude oil prices in Europe.

Winter for the US and Europe is forecast to be warmer, but that might only enable more travel and commuting and improved manufacturing. Winter puts a drain on natural gas, but not as much on oil prices. The 3 month outlook to 5 year stock market forecast is looking quite positive right now.

US Politicians are Impotent

Yet the reality this time is that political measures to control the price artificially won’t work. Added to the high price argument is that the US doesn’t control the price or output of OPEC nations. These nations want to make as much money as possible before the much vaunted “green era” makes their resources worthless.

But experts say event with the move to green energy, it will take decades to get rid of fossil fuel powered vehicles, manufacturing and heating.

After crushing US oil production and presenting plans to eradicate fossil fuels within a few years, the US President has pleaded to OPEC and Russia to increase output of crude oil. That insulting request may result in OPEC and Russia (Dems called Russia corrupt and election manipulators) actually leaving production low while global demand increases with the recovery.

The rest of the world is not falling in step with US demands for lower prices or zero oil demand. Instead, the world wants more energy including oil, gas and coal. There is almost no way demand will be satisfied through alternative energy sources. And as electric vehicle sales are boosted through expensive tax rebates, the demand for electric power will be too great, thus raising electricity prices. All forms of energy likely will see rise prices as the global recovery grows. Prices for energy products are global, not regional. There is little the US regime can do to reduce global demand and prices.

As Eric Nuttal of Nine Point Partners suggests, the global oil party is just beginning. And with some traders believing WTI may hit $200 a barrel, it gives you pause for thought about your investments.

Eric is an authority on the energy sector and firmly believes this winter and year 2022 are an epic event that will herald in very high prices. His firm manages the Ninepoint Energy Fund. His views alone are noteworthy but the logic is fairly obvious.

He’s been talking about this for a long time but it’s not too late to invest in oil stocks or ETFs if you wish. The fact Eric is Canadian in Toronto speaking of the Canadian oil sector too is important. Canadian oil production has been further suppressed and undervalued. That’s going to turn around from 2022 to 2025.

Eric points out the opportunity of a neglected sector. He’s right, the potential of this for Calgary/Edmonton Canada is immense and for anyone who wants to invest in Canadian production. Looks like a winner. Alberta oil production has been shut in, and Canadian producers have had to accept lower prices for their output. They get paid WCS (Western Canadian select prices) which is only approaching $69.

If you’re investing long term, consider that the Canadian dollar is rocketing upward and eventually WCS may rise to WTI levels. That’s a bonus on future revenues of Alberta oil producers. No one is thinking this far ahead yet, but with a Republican win in 2024, the oil pipelines will go forward which opens up Alberta’s production to the US.

Further, the Republicans do not like Iraq or Iran and likely will put a renewed stop on their production due to their zeal for nuclear weapons. The fervently anti-US radical cleric Moqtada al-Sadr is still the leader in Iran. And there are other reasons why Iran’s oil reserves won’t see the light of day.

My belief is that Canadian oil stocks have the greatest potential, and as Eric advises, the world will need this resource for decades. The noisy opposition is a temporary period of political foolishness.

The high price of oil and the need for fossil fuels is becoming obvious. It’s a needed lesson, an reintroduction to reality for liberal zealots. The future is big production of oil. It’s likely new carbon reducing technology investments will ease the concerns about fossil fuels.

You can make your own opinion about how high oil and natural gas prices will rise. It will evolve and you’ll see the immense potential of the oil powered universe. It’s on the rebound.

This chart shows how high previous oil markets soared, and how early in the cycle this bull market is. If the global economy continues recovering and excelling, then we have to believe energy prices won’t be headed to records. Only a severe economic downturn would change the outlook.

Why Would Saudi Arabia Come to the Rescue of the US?

Some doubters have mentioned that supply will be gushing in 2022 to calm any oversupply, but it’s unlikely Saudi Arabia would align with any climate agenda or US presidential office desperate demands. Instead, Saudi Arabia would likely try to stick it to the US.

As political hostilities grow in the turbulence, we could also see the Saudis reduce supply. The assumption that the OPEC cartel will serve up more oil to crush the price is ridiculous. They will likely only reduce supply enough to keep the price from getting to a point where an economic collapse occurs and the price plummets to where it’s useless for them. They will likely groom the price of oil to keep the highest profit possible over a prolonged period. A recession would hurt them.

That means the Saudis are the real price regulator and safety valve.

There are a lot of scenarios that might play out:

CME has oil futures prices headed lower in 2022. However, Oilprices.com quotes them as saying that at the end of September, call options at Brent at $200 a barrel for December 2022 traded 1,300 times in one day.

They’re obviously on the side of moderation in 2022. The idea is that such high prices will bring strong political action to lower them. That likely will take place, however it would have to come at the price of damaging economies. Voters will not like experiencing all it would take to reduce demand.

Further, the current US federal government are full up on crushing oil and have reiterated their policy of killing fossil fuels. They don’t look like they’ll back down on killing oil. It would political suicide to back down on everything they got elected on.

There is talk they will back down from the $3.5 to $5 Trillion spending stimulus package they pushed. That will be politically damaging.

They have only achieved their aims through suppressing oil production, not fulfilling demand. They’re obsessed with the ideology of alternative energy (as an election gimmick) but are looking very foolish thinking AE can supply the world’s energy right away.

The key point here is that oil is a global resource with global prices. There is little the President can do to control world demand. That would mean killing the global recovery and contravening the Dems alternative energy mandate.

The President is stressed over the global manufacturing and shipping bottlenecks which could take over a year to resolve. Due to the whole political and economic changes in the US over the last year, workers have moved onto new careers. Labor shortages are a big issue too.

There are too many political and economic challenges for the them to deal with. Now that they’ve alienated US global friendships and relations, these countries will not come to bat for the US.

They don’t care about the current regime’s political embarrassment or their needs to correct the US economy. They have their own concerns. China, after taking over Hong Kong is aiming to invade Taiwan and The President will have to respond to that international crime.