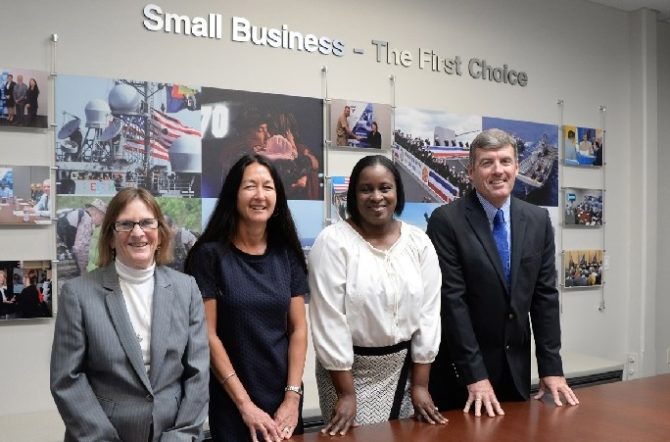 A recent video by Jim Cramer says a lot about the economy and stock investment.

What we’re gauging everyday is primarily big corporation earnings and outlooks,. This is blue chips and large caps of all kinds, but mostly the top 30 to 100 companies in capitalization and sales on the NASDAQ, S&P, and Dow Jones.

As Jim says, the recession has barely touched many of the big companies, some of them US monopolies like Google, Amazon and Facebook who don’t share much with small business.

In fact, they prefer to have the rules and tax levels skewed in their favor, to remove SMB opportunities. Then they have more power to squeeze profit out of consumers, and more profit out of small business too.

Small Business Has No Money and Customers are Missing

But when small business gets crushed like it has during this pandemic, it is difficult to recover. Consumers won’t resume spending for many, many months.  Many small businesses won’t recover.  Bankruptcies are up 55% verus this time last year.

And we’re just into June.  The July, August and September forecast for the stock market might be for even more rises to record levels, which angers a lot of poor people.  And the small business forecast for the next 6 months is worrisome.

If small business fails, most consumers will lose their ability to purchase, and that will impact corporate bottom lines. It will cause significant tax rises too, as cities and states struggle for revenue to keep going.  New York, New Jersey and Los Angeles are good examples.

The failure of SMBs is a serious threat that could result in an economic collapse by 2021.  There is no guarantee of a $2 Trillion dollar stimulus packages. And the Democrats could throw a monkey wrench in just to grab a few more votes from their crowd.

Although big monopolies have gobbled most of the economic growth in the last 10 years, small business is critical to recovery.  Research shows that new SMBs create the most jobs. This why an infusion of cash along with tax reductions for small business is the ticket to a revived economy.

Unwittingly the Dems Have Taught Others How to Attack

The violent riots recently, and the ability of the terrorists to threaten everyone including the President, while mayors and governors doing little about it, shows the system has weaknesses these groups can exploit.  And they’re not particularly intelligent.

The Democrat media have taught political terror groups that they can also harass and manipulate the public, especially the young, using the media and hype.  Any ploy or event could do as long as it taps into the boredom, resentment and suffering of the pandemic.

Big business was able to weather the storm for now, but how long if no one takes action to stop the terrorists?  Big companies are already talking about leaving cities, following their employees, for rural areas where terrorists can’t reach them. And the terrorists said they would follow them.

If governments aren’t willing to protect the people with full legal right, it is bound to impact our stock markets.  Any stock market predictions have to take this into account.

The Solution is Support for Poverty and Small Business

Although Covid 19 is easing, and vaccine news positive, and business is reopening, violent protesters continue on a murderous, destructive spree in some US cities.  Is it a legitimate contempt for the killing of black man, or is it a threat against big rich companies?

The path to the real target might worry some of the big caps who can’t recognize the threat yet.  They’re too full of themselves to realize where this is going.  The real resentment comes from poverty and the threat of unemployment in 2021. For some Americans, it is a genuine threat of homelessness, starvation and death on the street.

Time to Address the Problem of Poverty

These economic protests won’t go away and corporations and the President will take a big hit in the 2020 election if the poverty issue isn’t handled.

Jim Cramer suggests the next stimulus won’t work. Perhaps the big companies will drain all of it for themselves, making everyone give up on the idea that stimulus will work.  What if the Dems came in with another plan?  Let’s say with reduced spending, austerity and open borders, and increased China imports, as their platform has said?

The protesters, young and marginally employed may feel they’re going to be left behind in this economic cycle. There are no reassurances by the governments that they won’t be left behind. We could have forecast that these people would in fact riot in the streets.

It’s Time for Trickle Up Economics

At this point, corporations, the President and state governors have to look at methods to create employment and income for the growing hoards of poor who may not have anywhere to live given the state of the housing market. The next stimulus/bailout payouts should go straight to the poor and small business. Some have called this trickle up economics.

Trickle up economics could work if it was carefully engineered so the money wasn’t wasted. Giving it to big corporations is definitely wasting it.  Even if airlines and cruiseships and resorts look like they’re coming back, it’s unlikely to generate a V shaped economic recovery.

A second Covid 19 pandemic without a vaccine hope, combined with social unrest could send the economy reeling.

Bring Back Jobs from China Faster

Bringing back jobs to America from China is excellent, but it hasn’t been fast enough to help the endangered 30% of the population in the next 12 months. The Corona Virus shutdown and the slowness of the return of jobs from China has hit critical mass for real Americans.

There’s no more time to wait.  The China tariffs need to be raised faster to ensure America’s GDP and job creation speeds up. It doesn’t look like these crowds have much more patience for poverty. Raise the tariffs on all goods so that few will come in. At the very least, the US will lose the $500 Billion trade deficit (which hasn’t gone away).

Building the fortunes of the poor is a good thing economically for the US, where those in need will spend if they have money. If 30% of the population are cast out, it decreases the market for goods and services. This does not align with President Trump’s purpose.

This would be a great time for the president to address help for the housing market, and termination of all anti-development red tape from lower levels of government.

Vaccines still the big story.  There won’t be any peace until the Covid 19 vaccine is distributed in 2021. Given this mess we’re in, the markets are performing well.  And vaccines are back in the news with more successful reports. See the top Vaccine stocks to invest in and other best stocks.

Check out the US Stock market forecast and predictions of the 2021 stock market and which might be the best stocks to buy.  Do you still think there’s a chance of a stock market crash?  There is political risk, meaning a loss for President Trump in the November elections. Such as loss would likely crash the US hard.