California Homebuyers – Who Understands their Pain?

A little empathy goes a long way. Our clients have hopes, needs, dreams and sometimes a frustrating reality. If you’re a realtor, mortgage agent, home renovator, home developer, building product supplier, or financial services provider, you probably need to get intimate with the pain of home buyers in LA, San Diego, New York, and San Francisco.

Understanding their real lives is a powerful way of connecting way with them online.

In this post, I’m going to help you reach into that emotional realm where they live to build a brand and content strategy that will appeal to them, and make them adore you.

It’s all about empathy (and a little humor). Owning a home is a still strong value in California culture even if fewer feel it’s possible. Donald Trump pointed out how few people own their own home. In Los Angeles, it’s the worst because of limited housing stock and wickedly high prices. This stress and feeling of helplessness is a key thing you can help them with. It has to be dealt with before any of them will buy a home. Trump struck a chord by identifying American’s severe frustrations, but his lack of humor didn’t win everyone over.

Californians are Pessimistic about Owning a Home

The latest report from Fannie Mae shows the Home Purchase Sentiment Index has dropped significantly across the nation. Even though prospective homebuyer’s incomes are up, it seems they’re more pessimistic than ever. Will the new President Elect Donal Trump come to the rescue as he’s suggested in his campaign promises? We’ll soon see.

Fannie Mae’s 2016 Home Purchase Sentiment Index (HPSI) decreased again in October by 1.1 percentage points to 81.7. Overall, the HPSI is down 1.5 points since this time last year.

The Theory: According to Fannie Mae, only 34% of California home buyers could afford to purchase the $465,280 median-priced home (in the first quarter of 2016, up from 30% in fourth-quarter of 2015). 41% of home buyers were able to purchase a $389,910 median-priced condo or townhome. An annual income of $77,575 was required to make a monthly payment of $1,939. But if mortgage rates and fuel prices rise, and the economy blips, those numbers will fall.

It’s a seller’s market, particularly in Los Angeles, San Diego, and San Francisco regions. The pessimism of buyers is reflected in their belief as well that home prices will rise and affordability drop, and their stressful commute to work will worsen. 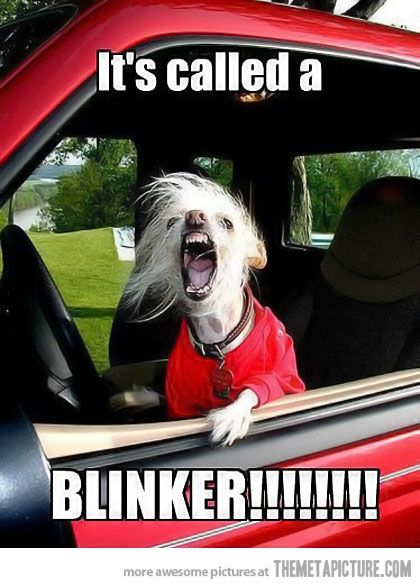 Only Washington DC commuters suffer a longer daily commute, and now that Donald Trump is going to drain the swamp, LA will likely to rise to the top spot as the toughest commute in the country. L.A. has 6 of the 10 most packed roadways in the country and let’s not forget the heat and smog of driving very slowly on Los Angeles highways.

The pain of a long commute is a headache for a lot of homeowners in LA, SD and SF.  Not that new home development will solve the lengthy drives to work. LA may be in the market for more commuter trains.  Even California pets get a little edgy behind the wheel!

Where LA Area Workers Are Commuting to

This is such as cool animated gif created by the California Association of Realtors showing LA drivers daily commute.

To purchase fictitious median-priced homes, LA, San Diego, Central Valley or SF Bay Area workers are having to live further away and that’s clogging already congested highways. Does anyone want to drive in from Riverside, Sacramento, Oakland, San Bernardino, Anaheim, or Vista?  As this commuter infographic shows, LA drivers need to be innovative to get to work on time.

Here’s an exerpt from the LAist.com regarding perhaps the biggest pain homebuyers have in California: Commuting. And this was several years ago.

“While the numbers are slightly dated, rewinding back to 2006-2010 and 2011, they’re still relevant today. 11.9% of workers ages 16 and over in L.A. County suffered a commute of 60 minutes or more in 2011, which was slightly above the 8.1 national percentage. Another area where L.A. topped the national average was in commute time. The average commute time for county residents was 29.4 minutes in 2011, compared to the nation’s 25.5 minutes.”

Along with the deadly commute is perhaps frustration of needing to move away further from where they want to live. They may resent the relocation and have a negative attitude to their new community, and are more even more tired and stressed when they return home every evening.

In the Los Angeles housing forecast report, we discovered that the commute situation will probably worsen. Will improved highways ease the commuter nightmare? Will cheaper gas prices and electric cars make the pain go away? Will higher wages resolve the problem or make it worse?

Will the California government begin to open up more land to development and provide incentives for companies to move out of LA, San Diego and the Bay Area to ease the commuter problem? Likely not until the next elections bring forth Californian’s smoldering fury. LA and the Bay area have the same growing pains as any other major city, however mass transit actually contributes less as a solution.

You can gain a lot in terms of appearing informed about homebuyer’s situation and look to have viable solutions for easing their pain, including finding a home at a great price.  It’s important to remember that as a business person online, you are your content. If it’s irrelevant, unresponsive to their pain, and doesn’t appear to offer the solution, they will not only leave, they’ll consider you irrelevant.

By building content that relates specifically to homebuyer’s pains, and demonstrates concern and solutions, they’ll see you as the most credible professional, someone they will look forward to hearing and doing business with.

Californian’s have plenty of other dreams, pains and frustrations, and perhaps we can research them all and give them some comfort. Researching and writing good content that ranks well in Google and converts like crazy isn’t easy. You’ll need some help!