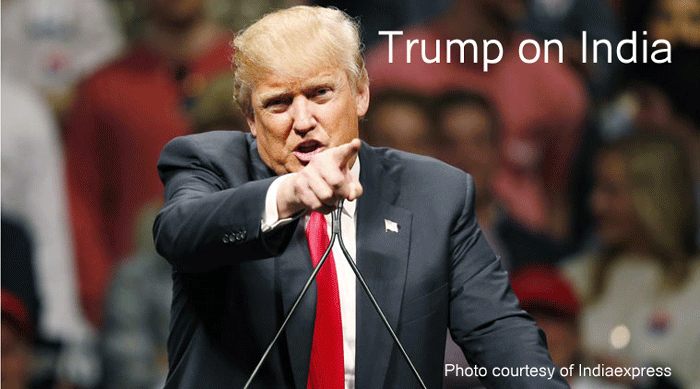 2 months ago, I forecasted that Donald Trump would become the next President and sure enough, at the last minute, he pulled it off. I mentioned that Americans appeared tired of economic stagnation, debt, minimum wage futures, political lobbying and corruption, and a lack of control over their own lives and in 2017 they would have a new president to make the changes.

Once investment and laws are changed, the US should see an honest revival of its economy and as momentum grows over the years ahead, it makes sense that fairer trade and a made in America emphasis will see jobs and investment come back to the US.

It’s doubtful that China and Mexico will be devastated and I might add that Canada may follow the same road to bring jobs back from China and Mexico. Those who have lost their jobs to foreign companies know what’s been happening at a real life and emotional level. Once jobs return, the euphoria will begin.

Whoever actually voted for Trump, their decision is one that’s put rich multi-national companies, billionaires, and even pampered Hollywood stars in their place. Clinton and the Democrats had no real plan to boost the economy, create jobs and fix the trade deficit problem with China, Japan and Mexico. I thought it was a no brainer — Trump was the people’s only hope despite the thrashing the media gave him. None of it mattered because Americans are determined to bring back prosperity.

Is this the best year to buy rental income property?  Find out more about the best investment opportunities in 2017 including investing in real estate

Everyone is wondering what a Donald Trump, president elect, lead government will look like. What did he say about housing and home ownership anyway? And how will his policies actually support small and medium-sized US businesses?

A good number of people are still upset right now that the much hyped new President got in. He promised to drain the swamp in Washington, fix trade deals with China, Mexico and Japan, and help people buy a home. And in San Diego, Los Angeles, Orange County, San Francisco, just as in New York City, Miami, Seattle, and most urban area, people have given up on the idea of owning and having equity in a home. That American dream had died.

Here’s a key statements and quotes from him (if you’re willing to believe his statements):

It’s not hard to believe that homeowners in Los Angeles, San Diego, San Francisco are low. Not much of a controversy there. How many millennials can afford a Million dollar property?

If his heart and head really are into making home ownership a reality for those in California, Texas, Florida, and New York and cities across the US where prices have gone bonkers, mostly due to a lack of development land. Trump’s bombastic style will fade in importance as he’s forced to get down to work and fix the American economy. There’s mention we’ll have panic and high global prices yet they’ll likely go down as manufacturers become more concerned about getting their products to their main customers — US consumers.

“I’m going to bring jobs back from China, Mexico Japan, Vietnam. They are taking our jobs. They are taking our wealth. We have $2.5 trillion offshore. We’re going to bring that money back. You take a look at what happened just this week, China bought the Chicago Stock Exchange. Nabisco and Ford, they’re all moving out. We have an economy that last quarter didn’t grow. We have to make our economy grow again” — Source: 2016 CBS Republican primary debate in South Carolina , Feb 13, 2016

Trump also has a lot of power now yet even the experts don’t know how he can improve the economy and boost the real estate and housing markets.

“A few years ago, Moody’s, the financial investment agency, calculated that every $1 of federal money invested in improving the infrastructure for highways and public schools would guarantee $1.44 back to the economy. Infrastructure investments have one of the strongest direct economic impacts.”  Source: Crippled America, by Donald Trump, p124-5 , Nov 3, 2015

“My policy is going to be something that’s going to set the country back right. I mean, one of the big things is we have to take back jobs from China.”  Source: Meet the Press 2015 interviews of 2016 presidential hopefuls , Aug 2, 2015.

So much for election promises and public political statements. We might want to visit his website and then calculate what impact taking jobs back from China, India, Japan, and Mexico will do.