Is freedom of speech a good idea? Who decides what’s accurate and truthful? What happens when BIG TECH gets too big for their britches?

People are questioning these sorts of matters now in the face of politicized media, high unemployment, homelessness, and small business failure.  Is what’s really broken is the self-licensing corporations who take political sides to feed their own greed?

People are wondering how good business and life could be if we broke up the big companies (including BIG TECH) and turned the economy over to small business?

Would it create another bull stock market run and a boom in the economy where entrepreneurialism, innovation, and competition ensured the best outcomes for us all? Is there a downside to taking the billionaires toys away from them?

It is curious that Twitter and Facebook have jumped on the censorship bandwagon with both feet.  By not remaining neutral, they’re creating unnatural waves in the markets.  Censorship makes people angry and generates pushback.

President Trump’s signing of an executive order to the FTC to withdraw Twitter, Facebook and Google’s protection from law hit the stock markets today. Is this just the tip of the iceberg of action that will take the big tech companies down? 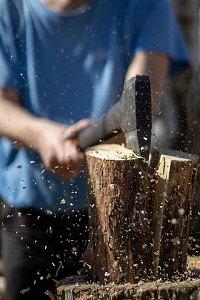 Formerly Big Tech was fined small amounts for anti-competitive and anti-trust violations, and rarely by the US government. And no CEO was put in jail. So can we really believe anything will happen this time?

The question though is whether these government actions will miss the mark. If Google and Twitter can dodge micro-charges one at a time, they could avoid conviction and enforcement altogether.

This is a serious challenge for the government to control and police these mega corporations, especially if they control the content Americans consume and consumer data. Without his Twitter account, how would the President reach his own constituents? Isn’t this a national security threat?

If Twitter cancels his account, it would quieten him, but that action would invite retaliation and create the emotions needed to take down all the Big Tech companies. Twitter and Dorsey looks like they’re going to light that fuse. He likes the attention but it will be expensive.

Facebook’s Mark Zuckerberg who recently threatened his own employees and their freedoms, is distancing himself from Twitter. But in fact, their censorship is similar, and no word play from him is going to get Facebook out of this jam either.

The President’s assertion is that Twitter and Facebook censor content which they certainly do. In fact, they did it to me recently when I tried to share a video about the Corona Virus in China.

Facebook’s censorship detection algorithm popped up to warn me that a small point in the video may be factually incorrect (that the virus may have been genetically altered. At the time no one knew, they were postulating). Facebook further threatened in a warning page that they may not allow me to post again. I was disgusted by it.

That kind of censorship is inappropriate, threatening, and probably violates charters of rights and freedoms in most of the world’s free societies. Not in Communist China and apparently not in North America.

Who Are Big Tech Censoring?

The point of the censorship lately though, and as pointed out by President Trump, is that censorship only happens to conservative postings, not liberal democrat postings. This is what gets people so angry.

With President Trump’s action, the stock markets took a little dive. But when the full intent of his actions sink in, Big tech could slide down the power pyramid fast. It’s not a surprise. We all know these companies have too much money, control of data, and too much ability to leverage that to dominate markets. We all play by their rules.

Twitter’s censorship Czar is noted to be a Trump/Republican hater who has apparently made nazi comments about the Republicans. Was it wise for Twitter to put him in control of censorship on a global platform? It seems the worst kind of decision for a company with a lot on the line.

This guy below is perhaps, a hateful individual, to some, the number one terrorist in the world, and he is not censored on Twitter.  Has Dorsey challenged him? 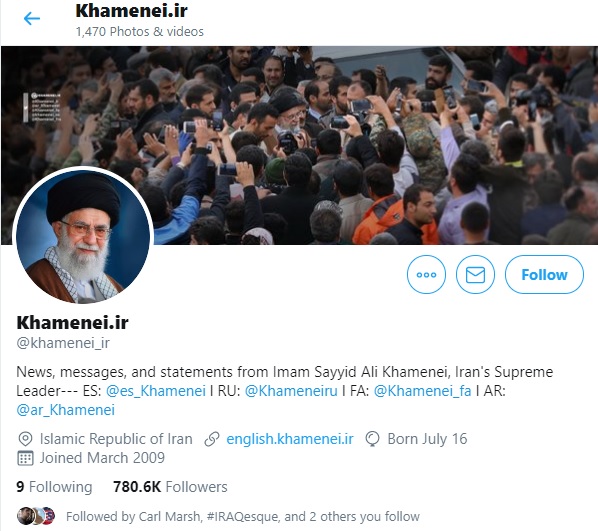 Big Tech’s Profit Motive has No Loyalty to the US

Perhaps the President’s claim is accurate, that big tech is trying to take him and his Make America Great Again movement down. Big Tech wants guaranteed global market access without tariffs, monopoly power, and cheap labor.

Why would they support American revitalization? They might likely push Trump out for a return of the globalist, deficit loving Democrats.

Regardless of your political points of view though, this does look like the beginning of a take down of big tech. The emotion is growing which means follow through is likely. You have to wonder why Dorsey would stick his neck out for this?

The EU kicked out Facebook and Google with massive fines. It looks like the US is positioned to do the same.

The anti-trust investigation of Google is also progressing and pending lawsuits are looking certain as the DOJ has according to one expert, hired specialized outside lawyers to advise in the case.

Want to Be Seen in Google Search Results?

In the case of Google, since I am very familiar with search engine algorithms and search results, it is possible for them to change their algorithm to filter content and push out dissenting voices too. In fact, most small bloggers will tell you it is very difficult to be seen in search results because Google requires an excessive amount of popularity and so called credibility checks.

Only large publishers can can create such validation/authority at scale. Big companies dominate the rankings. This is why small publishers and small businesses aren’t visible in search results. Instead, they have to pay to advertise.  Result? Google gets rich and the Google stock price rises.

The growth of new search engines would allow small businesses to be seen online. It would take some time before they could develop Google like services but they can do it.

As part of the state class action and DOJ break up action, Google could be severely fined and then broken up into pieces that no longer threaten the markets.  Search engines such as Bing, Yahoo and Duckduckgo, could pick up the slack.

In the court proceedings, we’ll get to see how many businesses have failed or been oppressed because of Google’s insatiable appetite for control and conquest.

What is the Payoff of Anti Trust?

Anti trust law was written as it relates to damage to consumers.  It may not refer to damage to small businesses such as small tech startups and startup funding needs. As long as Facebook, Amazon and Google dominate, who would invest in small business?

But the goal of anti-trust is stop big companies from autocratically controlling a marketplace, raising prices, and leveraging consumer data collected. From the evidence, Facebook and Google are controlling marketplaces and data. For them to censor people and businesses just doesn’t seem fair.

In truth, the situation should never have been let go this far. It’s the same with the China trade deficit.

Will the Breakups Fuel a Renaissance in the US Tech Industry?

If you’re a tech entrepreneur in the Bay Area, or Austin, or Boston, I’d like to hear your thoughts.

If these suits are successful and Facebook and Google are broken up, it could create trillions of dollars in new business investment in technology solutions. Investors would clamor to fund small startups of every kind from AI to social media platforms to specialized search engines, to software development and ecommerce providers, because in theory, some of them might become very profitable.

This kind of entrepreneurial environment could spawn millions of jobs in the US. And small business is the greatest contributor to job growth and American prosperity. Most big businesses such as Facebook and Google outsource strongly to cheaper labor markets around the world.  Outsourcing is good as long as its part of a mutually respectful free market trading system, and not for tax evasion and lowering labor costs.

As I said, I had first hand experience in being threatened by Big Tech.

If Facebook and Twitter users feel threatened and beaten down by oppressive and inappropriate censorship, that does affect consumers. Free speech has been threatened this last decade, and in particular the last 3 years, as Democrats fight President Trump’s every breath, every minute on major media.

Taking down Big Tech would be very good for silicon valley too. Most of these companies live in fear of Big Tech and can’t operate creatively within the autocratic rules. Dealing with one is bad enough, but fending off Google, Facebook, and Amazon is too much for anyone.

The fact is, Big Tech has too much money and too much data and probably not good judgement.

This is the time to break these mega corporations up. It’s perhaps for their own good, because Dorsey and Zuckerberg are way over their heads with the implications of total control. They’ve never earned such control and they answer to no one.

Hopefully, we will witness the take down of Big Tech and watch the rebirth of the United States as the home of free enterprise.