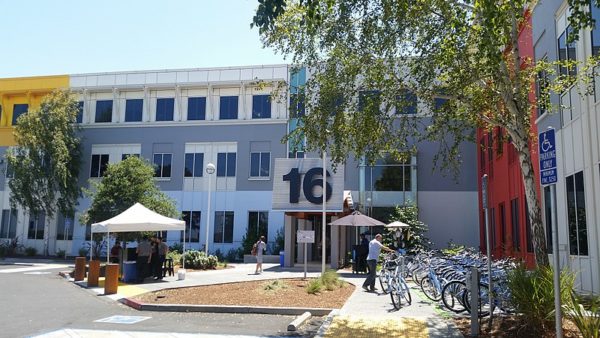 What a hugely profitable 12 months Facebook had.  Growth in profits rose 100% and now they’re zeroed in on monopolizing another couple of areas of business for 2020 and beyond. Their stock price is at record highs and forecasted for more growth.

Now in May, the Corona Virus pandemic is accelerating the trend to working from home or a remote location. And FB’s Mark Zuckerberg is following suit with the times by letting employees work from home. It’s sure to fatten profits and brighten the Facebook stock forecast.

And during the Corona Virus pandemic, it could save thousands of lives from contracting Covid 19 in a crowded office or public transit.

As the Covid 19 menace continues to hurt the economic outlook, companies like Facebook and Shopify are encouraging workers to work from home. Their intent or respect for their employees however differ greatly as you’ll read in this post.

There’s always been concerns that work quality from a remote location may not be on par with working at a downtown office. Although studies have shown that remote workers are actually more productive. And recent news is that those working from home during the pandemic are actually putting in more overtime.

These are nice outcomes for America’s workers who understand their companies are in a precarious position (although FB is not in a precarious situation).  Employees would like to help their employer avoid bankruptcy or huge layoffs and keep staff safe.

Facebook’s policy is a suggested one for employees would prefer to work at home and they’ll likely make the move.

Interestingly, a survey of 4400 Bay area tech workers by Bling, revealed that 2/3rds would move away if they could. Many FB employees will likely do it unless there’s a catch.

Other companies such as Shopify have also state they may have most of their employees work from home, but they haven’t threatened their employees about where they can live.

Facebook has been announcing a spate of new products that are adding to company’s huge profits and rising stock forecast during the pandemic. More people are using Facebook at home and it’s raising ad revenue for the company. Facebook themselves have added Facebook Workplace and Facebook Video (Messenger Rooms), two products that could help them become the top beneficiaries of the work from home trend.

From this, you’d think they’d want to share the wealth, or at least appreciate employee’s contribution.

Let me know if you understand the logic of this statement from Zuckerberg:

“That means if you live in a location where the cost of living is dramatically lower, or the cost of labor is lower, then salaries do tend to be somewhat lower in those places,” Zuckerberg said.

It’s Amazing to be a Monopoly

In a show of gratitude for Facebook’s stock price and good fortune, Zuckerberg announced that any employees who moved away from the Bay Area to cheaper small towns would see their pay reduced. This is regardless of the value they are generating for the social media advertising monopoly.

Your first thought might be, “is this even legal?” Then, “they’re so rich, why would they behave like that?”

Why would Facebook care which communities their employees decide to move to? Do they pay their US workers who move to India less? Aside from being a slap in the face of US workers who are obviously doing a great job for the company, penalizing their pay based on location could be something that will head to the California and even Federal courts.

It Won’t Look Good in the Courts

And as Facebook heads to the courts again soon to defend against anti-trust and monopoly charges from the DOJ, (after Google and Amazon take their turn) this move certainly smacks of totalitarian rule.

Discriminating against employees based on where they live is something the courts probably haven’t ever had to consider. It has to contradict some sort of employment law or is a civil liberties violation. Everyone assumes that employers can do whatever they please, but it’s almost a certainty that Facebook employees will not like to see their salaries cut for no legitimate reason.

In the announcement, Mr Zuckerberg gave no reasons why Facebook’s loyal workers should be penalized.

Given Facebook could save billions on their own rent payments by making their employees use their homes instead, you’d think Zuckerberg would be delighted with those cost savings. Apparently, he wants more!

When businesses are suffering and heading for bankruptcy, it is common for them to ask employees to take cuts until things improve. But in Facebook’s case, things have gone better for the company than almost any other company on the planet ( except Zoom, Amazon, and Astrazenica). The company has no reason to cut employee’s paychecks based on them finding cheaper accommodation.

If an employee had moved to a one bedroom apartment in Alameda county, it wouldn’t have resulted in a pay penalty. So why would Facebook care if employees dispersed amidst a vicious housing affordability problem? Such movement could help to ease a crippling problem in the Bay Area.

There’ll be severe ramifications for people who are not honest about this.” — Mark Zuckerberg.

Who is being dishonest? It’s inconceivable that FB’s employees will take this lying down.

It’s like Mr Zuckerberg has no empathy at all for the plight of California’s long beleaguered employees. Sure they have good paying jobs, but their mortgages and rent are twice that of any other region. And many are living in cars, trailers or worse.

This case would be best for the California state governor, but he may not want to penalize Facebook because he could fear employees will leave for Texas, Arizona, or Colorado where he won’t be able to collect the income taxes. Does this affect sweet deals with the state of California?

So what is Actually Happening Here?

This bizarre behavior begs the question: “what is the billionaire doing?”

Would companies sink this low to mistreat their employees to grab a little more profit? Is Zuckerberg trying to pander to the real estate investment community who might see lower real estate prices and lower rent? Wouldn’t this be a great thing in a state with a terrible housing crisis?

It’ll be interesting to see how this plays out in the coming weeks.

Need to keep on stock prices and the 2021 stock market forecast? Check out some insightful posts on Facebook stock outlook, Google stock forecast, and Amazon’s stock price predictions.  Although stock prediction isn’t an exact science, new tools such as artificial intelligence are bringing more consistency in predictions for investors.

Find out more about what drives stock prices up, check for the best stocks, and new opportunities such as 5G stocks.

* all opinions expressed are those of the author and do not constitute recommendations of any stock to purchase. Please consult with your licensed financial advisor, or get educated if you’re doing self-managed stock trading.