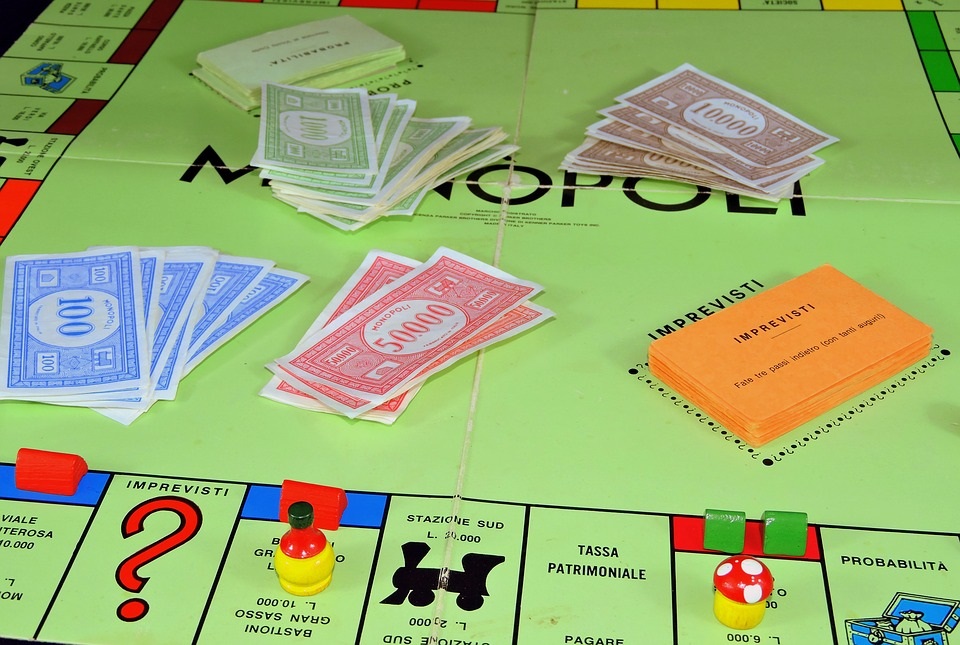 That’s the prediction as other anti-trust convictions of others companies show the government actually is serious about unfair monopolies. What’s at stake in the growing anti-trust movement is the future of small business, which has been consistently crushed for too many years.

We all played the popular game of monopoly as kids, and it provided a good lesson about business. The goal of owning the best hotels in the best location is something President Trump certainly learned.

It’s been a billion dollar lesson for him and for Mark Zuckerberg, Larry Page, Jeff Bezos, Larry Ellison, and many other billoinaires. Building a monopoly is guaranteed, unlimited profit, but what happens when it goes too far?

The era of mergers, acquisitions and opportunities for single companies to dominate markets may be coming to an end. The recent focus by Democrats and now by Republicans is about to power up anti-trust charges by the Department of Justice and Federal Trade Commission.

Google is currently appealing old anti-trust convictions while preparing for even more serious ones coming.

Facebook, Google and Amazon could be broken up, and the procedings will reshape stock markets and trade deals through 2020.

In a recent live news story on MSNBC, the commentator spoke on the anti-trust charges likely to happen, but avoided using the word monopoly. That’s the type of collusion and word play that makes consumers and regulators more suspicious about the investment community.

In the End, the Stock Markets Will Benefit

Interestingly, the stock markets have risen again. It seems nothing can really upset the US economy nor stop corporate profits.  It could be the markets are happy about the anti-trust movement? Is this just a redistribution of money and opportunity away from the monopolies to small caps? Investors are looking for stocks with no import or anti-trust issues right now.

Is BIG tech the only industry about to face the wrath of anti-trust legislation?  We’ll see business owners in every sector drawing attention to monopolies in their own industries and making an election issue out of it.  That will add to fervor around anti-trust and monolopy.

President Trump spoke yesterday on how the Europeans have punished Google and Facebook with multibillion dollar fines (data collection monopoly), and claims he has another way of approaching the monopoly problem.

Trump is complaining about the lack of competition in the airline sector. Now 2 huge companies want to merge to create yet another monopoly. Bad timing. With trade impeding foreign competition, the monopolies have the US market to themselves, which of course exacerbates the situation for naive consumers.

Both Obama and Trump felt little compunction to do something about the monopoloy problem because they’re mostly US companies. Now with renewed focus on Europeanand Chinese monopolies, it’s easier for Trump to take action.

China is a land of monopoloy with a communist regime. The anti-trust focus will land on many of their top companies including Huawei. The anti-monopoloy news will only increase in the years ahead.

Google is the Target

Google has always claimed its monopoly is a beneficial one and that it should continue. But this latest request to let Huawei in, will not go over well. The Huawei/Google alliance is exactly the type of thing anti-monopoly legislators fear.

With Adwords, Chrome, Google Play, Android, Google screams monopoly. If Qualcomm can be sued successfully for anti-trust, then Google has to be next.  Since it’s a US headquartered company, there is resistance, but when you look at Google’s international sourcing, this could end the romance. The Google anti-trust parade will begin soon.

This new awareness of the dangers of monopolies is a good thing for the US economy, and small business in particular. With monopolies under control, investors will resume investments in startups.

The threat rippled through NASDAQ with monopoly stocks with Facebook, Apple and Google Alphabet shares dropping on the news. Given the new trade situation and receding UK and Euro economic picture, trust busting events are likely to catch fire. Euro regulators are eager to jump on the monopoly fine bandwagon and a growing pool of whooped up voters is a very attractive opportunity for them.

After many years of regret for not acting on monopolies, market cops are building energy and purpose. Their targets (Facebook, Amazon, Google, and others will become clearer soon). The charges will send Google stock price and Facebook stock price lower.

There’s a feeling among regulators that startups aren’t really being given the chance to grow and compete – they get bought as soon as they enter Big Tech’s “kill zone” (where promising potential rivals are simply taken out) — Quote from Bloomberg report.

The end result of action against monopolies is stimulation of small business. Up until these times, small startups had astronical odds of surviving. With AI and huge takeover budgets, startups either failed or were purchased. The monopolies have starved out small competition, and tax and regulatory regimes put the nails in the small business coffin.

With Google, Facebook, Amazon, put under anti-trust threat, they will stop expansion and manage what they have.
Amazon has been putting retail businesses and ecommerce startups out of business for sometime now. Millions of business people will be relieved when the hammer drops on the online shopping giant.

Once this anti-trust ball gets rolling it will run over hundreds and hundreds of other monopolies from banking to manufacturing. It might not have been clear what the harm to consumers has been, but those questions will be asked and answered more clearly now.

Will the anti-trust movement lower Facebook, Amazon, Google, and Apple profits? Yes, it will reduce their overall pool of new revenue thus reducing their willingness to attack and buy out smaller businesses.

Keep an eye on the Russell stock index now as investors begin fleeing the Dow, S&P, and NASDAQ. The forecast is bearish for the FAANGs and other monopoly level companies.

See more on the Stock market forecast and reports on Google stock, Facebook stock, Amazon stock price and the potential for a stock market crash in 2020.  Keep up on the economic forecast, the 2020 election, and the housing forecast.