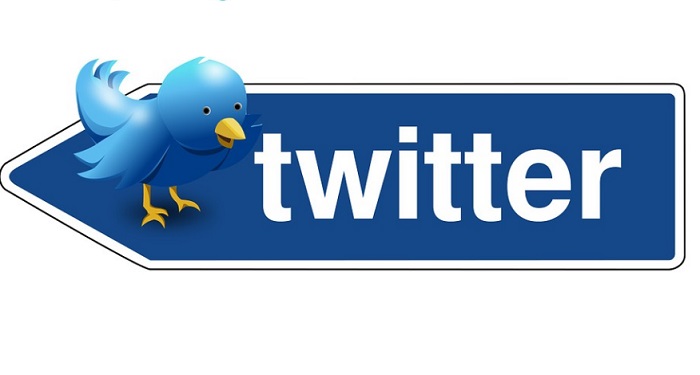 Following on the heels of an embarrassing rejection from potential billionaire buyer Elon Musk (Tesla), the social media platform called Twitter is on very shaky ground.

As it turns out, the ground under Elon Musk is beginning to quake too.  His company Tesla was doing well, yet with oil prices falling and a recession looming, the sales outlook for Tesla is weakening.  It’s a bad time to buy a failing social media company, who is facing political restitution and falling advertising revenue and user base.

Tesla stock price has dropped from $1149 to $720 in the last few months. Barchart gives TSLA and Twitter a strong sell rating.

Will He be Forced to Buy the Ailing Tech Giant?

Musk’s accusation of false disclosure of information in the wake of his generous offer to buy the company for $44 billion, is shedding a bright light on the integrity and desperation of a company that has been accused of bias and political censorship.

Not only did Musk’s offer to purchase represent a promise of a return to political free speech, and as he put it ““important to the future of civilization” but also opened Twitter (under Musk’s direction) to a larger advertiser base of Republican business owners and Tesla’s huge userbase and digital services platform.

The offer of $54.20 a share for $44 Billion was extremely generous by any standards.

The Musk/Twitter controversy is generating immense media play due to its stock market, political and economic implications. Twitter stock speculators are hoping Musk will be forced to buy Twitter, a sizable markup from its current price.

Currently Twitter’s stock value has plunged to $36 a share and it was $23 only 2 years ago. It’s a recent loss of $3 billion dollars after Musk cancelled his offer. Twitter has a reputation of being a perennial poor performer during its entire existence right back to when Yahoo offered $6 billion to buy the company. Wall Street doesn’t believe this deal will happen.

The pandemic stimulus spending rocketed Twitter’s revenues, countering its losing ways.  Other liberal media sites (Google, Facebook) also rocketed to stellar profitability even while being investigated for anti-trust violations.  Yet now with shrinking Fed spending and higher interest rates, the business outlook for Twitter is bleak. $34 a share is generous considering a recession may be coming faster than anyone expects.

Experts had predicted a recession and stock market crash were not likely until 2023 or 2024 (revised), but that has all changed with hastened Fed rate changes and shrinking balance sheet.

Some experts called it the most foolish purchase in the history of stock markets, especially if only to achieve ‘freedom of speech” against a sea of liberal dominated propaganda media sites.

Now as the Democrats are launching the US into a prolonged economic recession, the true value of Twitter is being revealed. The company’s stock is being given the thumbs down by investors at $34 a share today. It may plummet further this fall after earnings reports, unemployment and inflation numbers are published. Internet advertising revenues have plummeted since January.

Twitter was likely hoping the deal would be quickly finished with minimal due diligence and they’d be cashing their checks and buying properties in the Caribbean. But Musk reneged, supposedly due to suspicious estimates of fake, robot accounts. Twitter did have the right to severely limit the extent of information it provided to Musk about the company’s user accounts and business. Yet, if someone is offering you a 50% premium on the current value of the stock, why would you play games with them?

In Musk’s defense, any secrecy or misstatement is a red flag and could forewarn of more serious, hidden issues to be realized later.

According to a CNN report, “Musk’s lawyers pushed back on that idea, stressing that he negotiated access and information rights within the Merger Agreement precisely so that he could review data and information that is important to Twitter’s business before financing and completing the transaction.”

Fake accounts on Twitter and Facebook are common yet those companies don’t require user authentication. We know spammers and cyber criminals love this opportunity to create accounts for evil purposes. Twitter if honest, would discuss the blight and how they’re serious about stopping it.

For that reason, billions around the world continue to create fake accounts to conduct political trolling and propaganda or to carry out cyber crimes.  Twitter sees very low engagement among users which actually limits the extent of nefarious activity that bad people can perpetrate.

Facebook and Twitter have done little to control this, yet stopped President Trump from expressing his opinions online. Yet, Trump’s account wasn’t fake. It was actually him.

Twitter has filed a lawsuit today to try to pin Musk to his lucrative offer. Any company with integrity would let the issue go since the company is not worth half of what Musk offered. They made no attempt to negotiate a more realistic price.  Twitter in its legal action is saying Musk is acting in bad faith in lieu of it not being in his personal interests and that the economy has taken a dive.

Musk fired a shot across bow of the board’s luxury yacht by saying he would cut their cushy salaries to zero, which would have saved Twitter $3 million a year.

In rejecting Twitter, Musk may have exposed Twitter’s fraudulent ways and disappointing management. It can only be sold as an overpriced fixer upper, and not as a luxury mansion on the California coast. Advertisers and investors are likely to flee when this law suit goes full force. The Twitter board’s last stand now is to win this lawsuit.

On the other side of the legal action, is likely a price dropping perhaps to $10 a share, layoffs, plummeting user base and ad revenues, with severe morale issues within the company.

According to a CNBC report, a judge could force Musk to complete the deal or make him to pay a $1 billion breakup fee, make a settlement, renegotiate the purchase price, or even allow him to walk away from the deal free.

All these options show the SEC doesn’t have control of the stock market, company financial misstatements, and how company CEOs behave in response.

The insight we gain from Twitter’s demise is that this company sits on the status quo, conducts no marketing or promotion, refused to improve its services, and allowed its board to infiltrated by political opportunists and extremists.  For marketers, the platform offers the lowest engagement, impact and poorest lead generation vs Facebook and SEO alternatives.

Marketers are wise to move marketing funds into advanced SEO for much better engagement and conversion rates. In launching the law suit, Twitter is admitting it is coasting as company, desperate for help, and not producing better results for users and advertisers.