A Democrat Defeat Could Help Avoid a Recession

Right now the talk is all about a recession and many see it as inevitable with no means of prevention. Even Larry Summers has raised his forecast for a recession to a gloomy 100%.

These people have fully bought into the idea that the economy follows the Democrat’s policies — and Biden and Company will crash the economy in order to reduce their politically embarrassing US inflation numbers. A crashing stock market might be a symbolic feather in their cap, but further assure a Republican win in November.

The 3 month outlook is looking okay, but the 6 month stock market forecast is full of uncertainty and threats and it’s a reflection of the road ahead. It likely will spill over to the housing market. China’s resumption of fuel, coal, and commodity imports will push inflation up considerably, during this summer of spending.

Media are Dialing in a Bleak Outlook 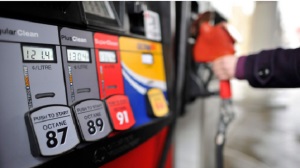 The media have this recession dialed in and they’re gladly supporting the rationale that inflation wasn’t caused by Biden & Company, and instead is due to wars. There’s much credence that the entire mess evolved from sudden, excessive and irresponsible stimulus spending, which the Fed is withdrawing too fast.  The shockwave in the financial markets has sent the system into a high speed wobble.

The media still feels Biden can juggle this jumble of flaming bowling pins and come out with a win.  Gasoline prices keep rocketing while OPEC has reached its limits, Russia delivers rockets, NATO ratchets up, and Americans get angrier about another year of being stuck at home.

Higher interests, Fed tightening and a President begging US enemies for oil has made the US the laughing stock of the world. A major part of recession psychology centers in Biden’s incompetence. Investors have no confidence in him. Oil companies will not invest billions given his threats to the industry.  And those who do may bail out quick in October.

This warning though might save a lot of investors (including home buyers) from getting crushed in an avalanche. That’s why I hope you share this post. I’m sure you know friends and family who are sleepwalking and by 2023, they may find themselves in dire straights.  It doesn’t have to happen, and we have the hope that the Republicans can fend it off if they win in November.

A Recession is Not Inevitable

Yet, an economic setback and stock market crash is not certain or even necessary.

Unemployment, high credit costs, bankruptcies, worsening poverty and social problems, lost savings, and the end to the long bull market aren’t necessary.  Something can be done to prevent a steeper downturn from occurring. Much of it requires the Dems to back down on their policies which are driving this inflationary spiral.

The singular goal for the Democrats is election wins. PR and media support are absolutely essential however, the Dem media outlets are distancing themselves from Biden with uncharacteristic objectivity on issues and doubts about his leadership.

They don’t want to sink with the Biden ship. That could affect the Dems strategy as they look for an escape hatch.

Raising interest rates this summer won’t work, because it’s the continuous, legislated suppression of supply that’s causing inflation. People need to drive to work, live in homes, buy appliances, clothing, travel, buy and eat food and have fun.  Unfortunately, Americans are spending their savings already, and they’ll run out later this year and then they’ll be angry. Democrats promised better results, but they’ve only worsened it for everyone.

What will happen when voters self-deceit fails and cold reality is confronted? They will bring in the Republicans to get the economy rolling and open up supply of everything from gasoline to housing and food. And they will lower taxes and the Fed rate. Trump did it in 2017 and it worked, so there is a precedent.

What is the real value of Dem’s policies when they ruin a country?  Voters will be thinking about it.

The old school administrators believe the only way to control inflation is to raise the Fed rate until consumer demand stops. The result will be strong unemployment, rising crime, poverty, homelessness, increased social program spending, reduced tax revenues, rising bankruptcies, lower business investment, dour outlook, and an even more catastrophic loss for the Democrats in the mid term elections in November.

There’s 4 more months for the Dems to reach further toward the bottom.  Now post pandemic, Americans are tired of recessionary lifestyles.  The Dems don’t care how they stressed and unhappy people are.  That’s why removal of the Dems is the way to avoid this predicted recession.

With respect to oil prices, Biden could open land up for more drilling and production, but now the oil companies don’t trust him at all. They’re not about to invest in new infrastructure when the price of oil could drop in the fall. Biden has said he wants to destroy the oil industry which doesn’t create much enthusiasm.

Further, Biden has not sanctioned India and China who are obviously stockpiling Russian crude and were planning to eliminate the import tariffs on China exports to the US.

Capitalism encourages growth and productivity and Americans can see the value in it now. Around the world, liberal governments are nervous as globalism ends and countries must be fiscally responsible again and focus on their own economies.

Everyone’s still concerned about wealth inequity. If the Republicans promised to ease that one key, major political point, the Democrat Party would collapse.

The Republicans should focus on the pain of average Americans and do more than promise more trickle down benefits from the super rich. This is the issue that gets the most votes for Democrats.

Is a Republican Win in November Enough?

Here’s the point, that this recessionary trend will continue until the midterm elections where the Republicans win handily and take full control of both the house and senate. That win would could convince business investors, entrepreneurs and American consumers that the worst is over. A Biden impeachment would end support for Dem’s policies once and for all.

Republicans would do a full 180 on the Democrat’s policies and economic directions (which American’s don’t believe in). That would include opening up supply sources, lowering taxes, favoring US companies, reducing imports from China, lowering foolish spending, and reducing anti-business regulations.

The question is how much control would the house and senate have to offset Biden’s damaging activities? Biden would be reduced to executive orders just as President Trump was.

Republicans have already said they will impeach Biden and it’s certain they will do it. Considering the open border scandal and the Afghanistan withdrawal, how could impeachment possibly not result?

If Biden’s team loses in November, it sets a strong message that he and the Democrats are on their way out, and that could encourage US businesses and anyone considering investing in the US. Money would pour in and markets would jump.

Yes, Fed Powell is trying to raise rates fast, as he did when Trump was in office. But when Trump made a big fuss about it, they backed off and the economy took off.

Could the same thing happen in 2023? That would make the stock market forecast a little rosier.