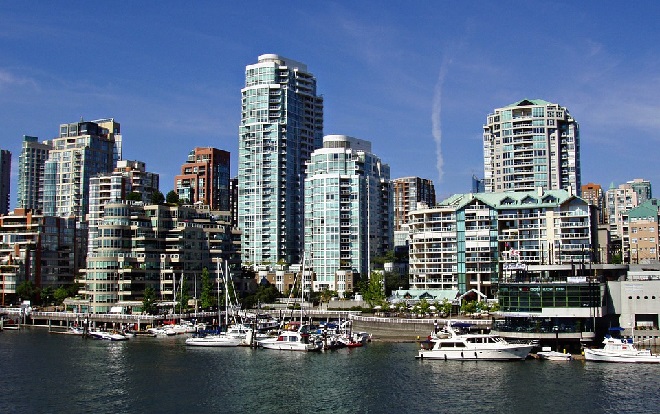 Yes, the housing market in the greater Vancouver region saw huge growth in sales in the final months of 2019. Sales grew to 2858 units which is up 45% since last October’s total of 1966 units. And that was 9.8% above the October historic average.

The number of total property transactions grew 22% over last month. The Vancouver condo market forecast is highlighted with new demand and big price increases too. See the report and videos.

There were 4,074 detached homes, attached, townhouses and apartments newly listed for sale on the MLS® in Metro Vancouver in October 2019. That is a big 16.3% decrease compared to the 4,873 homes listed 12 months ago, and big drop of 9% just since last month. The HPI average price for all residential properties in Metro Vancouver is upt to $992,900.

GVREB doesn’t comment too much on this rapid decrease in listed properties. Mathematically, it means a big rise in prices coming. December and January might be hot months in Vancouver until a cold front moves in.

More on the Canadian Housing Market

Compared to the flat price markets of Toronto, Montreal, Mississauga, Ottawa, and Calgary, the Vancouver real estate scene is oddly out of whack. Is the Vancouver economy that hot to justify a ballooning of demand? Is this really a bubble?

Politically, Vancouver is way out on a limb after being alienated from Alberta and the Federal Liberal government.

In a recent announcement, the CMHC predicts Vancouver will have a balanced market for the next 2 years. We could interpret that many different ways. Is it a short burst of speculation and incoming new money? CMHC is predicting a housing recovery in 2020 and to accelerate in 2021. This might help fuel sales and new mortgages.

Business Council of BC Economic Outlook

The Business Council of BC released its forecast saying the BC economy will slow.

“Economic growth is expected to remain sluggish over the remainder of the year, leading to a poor hand-off into 2020,” from BIV.

They cite slowdowns in natural resources, the China trade war, slowed US trade, and general uncertainty. Rising taxes, government cuts, and decreased competitiveness are weighing on the 2020 outlook. The case for big demand and price growth doesn’t make a lot of sense.

BC Economic Outlook – Chart courtesy of Business Council of BC

Is the Lack of Homes for Sale Driving this Surge?

If the outlook is dropping so fast, why are people bidding up on homes and condos in Vancouver? Are getting what’s available before the next surge in home prices in the years ahead?  We’d have to speculate that it’s simply a lack of homes listed.

This chart courtesy of GVREB shows their optimistic long term outlook, and that by 2023, it’s a bullish market. 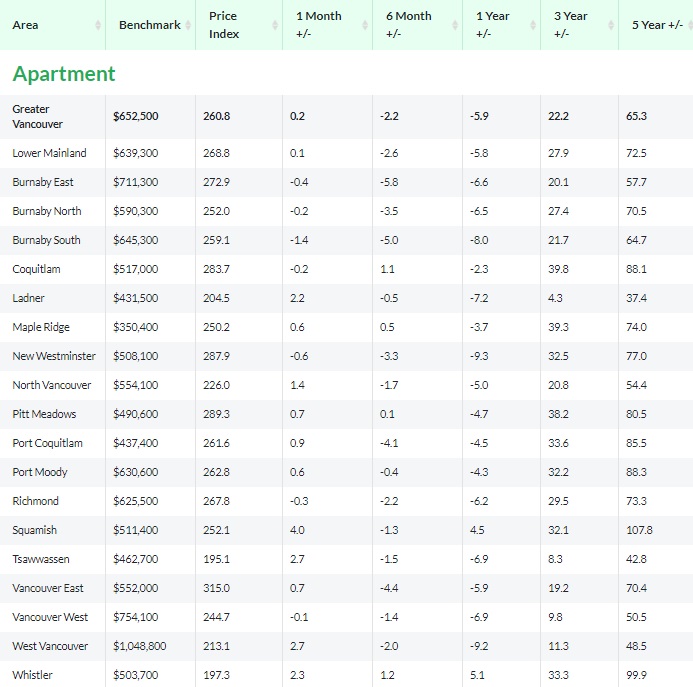 What’s happened to Vancouver’s housing market is political folly and it’s just now at end game that everyone can see it.  With the current Premier in office until 2021, the outlook is grave.  BC’s policies on housing will cost it $400 million in tax revenue and damage the BC economy for years to come.

The Conference Board of Canada estimates real GDP growth in B.C. will fall slightly to 2.5% and the downward trend will continue into 2020 with real GDP growth projected to fall to 2.4%. Growth in previous years was supported by revenue from the housing market.

This is characteristic of almost all Canadian housing markets at present. Toronto, Calgary and Mississauga have all plunged. Montreal on the other hand, has done well without regulation.

It’s disgraceful what’s happening in BC, that new housing isn’t being built. Bad people need to be removed and pro-business people brought in. If demand hits as the experts say it will, Vancouver could be in for another period of deep suffering in high rent to income, and homelessness issues.

The biggest increase in home listings were in North Vancouver, West Vancouver, and Richmond.

This chart from BCREA shows how severe the situation has been. Provincewide, houses for sale rose by 1% in October and with a sales-to-active listings ratio of 21% (10% is healthy). The recent lull in the market has discouraged and disengaged builders now must be recalled to begin building again. It’s not the price that stops them from building, it’s regulations in finance and zoning that halts new construction in Vancouver. There is no reason to believe this will change for the foreseeable future. That makes fast rising home and condo prices a reasonable forecast.

BCREA Chief Economist Brendon Ogmundson says the market is returning to normal and that a lack of stock will likely bring price rises.

Richard Robbins adds his insight into the Vancouver housing market in this video:

Where is the Vancouver Housing Market Headed in 2020?

The loss of the China to US free trade business is more worrying than many anticipate. Less container traffic, less related import business, along with BC’s isolation in relation to the US markets will impact BC’s economy.

When will the best time to buy a house be and how can you sell your house for more?

The lull in the US economy is one reason price pressure has eased in Vancouver’s housing sector.  Vancouver’s surprisingly low unemployment rate continues at 4.4%. Investment in housing however is dropping as builders grow pessimistic about BC’s future.

Of course, if the US can keep its ship on course, the economy will stay strong and Vancouver home prices will rise once again. If the US/China trade war ceases, it will be very good for BC’s economy. The question then is what will the Provincial government do with the housing situation then.

Buying in Vancouver?  Keep your eye on the big picture and key economic events and see which neighborhoods are going to drop in price the most. West Vancouver, North Vancouver, Burnaby, Port Moody,  North and Port Coquitlam, appear to be the most vulnerable.

A Look Back at Last Year

Does this make Vancouver a good place to buy a home? The answer has to be yes. Whether it’s free trade or Trump protectionism, Vancouver comes out okay. The question of housing affordability is similar. Suppy never increases.

Sales to active listings ratio for single detached homes reached a depression level of 6.8% in Vancouver.

Yet BC still has the lowest unemployment rate in Canada, (4.2 % in October after 2% growth in September, +33,000 jobs) well ahead of Toronto. Wages could rise giving more impetus to the housing market. However, is this a last (get stuff into the US quick) uptick before the US China tariffs take effect on January 1st?

The announcement of the $40 billion LNG project is a big booster shot for BC with thousands of jobs to be created.  The added investment will give the  housing market in Vancouver a little boost and perhaps encourage more new construction. See the full running Vancouver housing market report below.

Overall, the Canadian job outlook is not strong, despite the deal, and Trump is being tough on Chinese products entering through Canada. China is in trouble, and Chinese investors are buying in the US instead of Canada. That will affect Vancouver and BC. Read more on the Vancouver economy. The only bright spot is the election of Ed Scheer and PCs and this is why:

US President Trump doesn’t like Trudeau and is likely upset with how he regained the prime minister’s office.  With Trudeau, Canada and Vancouver can never be at ease about economic health and market flows and investment.

Just as in the Toronto real estate market, the condo market is where the focus is. That’s due to high home prices and the fed’s new stress test mortgage rules.

Vancouver remains perhaps the most unaffordable city in North America based on home price vs income. And with new mortgage rules Vancouverites have found themselves not much better off. Ask any post secondary student about housing.  However, it’s expected that new investment will pour into student hotel housing projects.

Please do use this report on Facebook or your Newsletter. Why do all the work yourself?

Here’s a look at the historical price trends in Vancouver contrasted with Toronto and Calgary prices. You can see the Toronto real estate forecast and the Calgary housing market forecast here.

The forecast is for fewer sales and perhaps lower prices, yet because of the foreign buyers tax, it might look more precipitous right now than it actually will be.

BCREA has offered a renewed look at the BC economic outlook as does BC Business. Take a look.

REBGV is The Real Estate Board of Greater Vancouver, a member-based association of more than 14,000 REALTORS® who live and work in the Vancouver region.