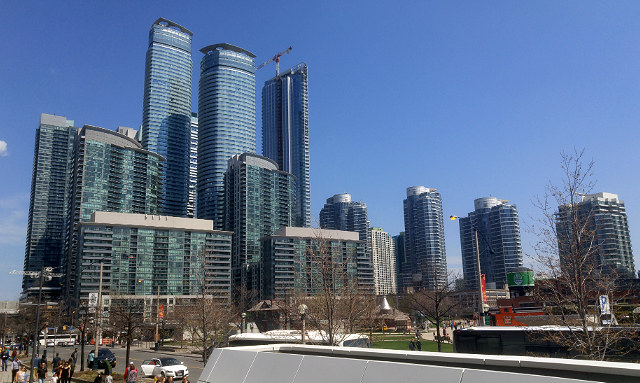 The Toronto Condo Market couldn’t be more difficult to comprehend right now after the Liberal’s pushed their unwise Foreign buyers tax and rent controls. With availability of condos squeezed, prices in Toronto rose to record levels. What will happen this year and 2018 in Toronto’s condo market?

Toronto Real Estate Boards latest facts:  Condo availability down 18.8% and condo prices were up 24.3% compared to last year.  Demand for condos is expected to stay strong or strengthen while sustained lower availability should keep prices strong 2017 through to 2020.

Questions: Which way will prices and condo supply go in Toronto? Will reduced condo construction offset any rent controls now in effect? Can investors and condo developers still make a good ROI despite the rogue foreign buyers tax? Will the Ontario’s measures push the province into recession? 3 housing experts weigh in with their views below.

Should I Sell my Condo Now?

Urbanation senior vice-president Shaun Hildebrand suggested that rent increases had leveled off recently due to a new supply of condos hitting the Toronto market. His beliefs correspond with many experts belief that a lack of supply is the problem and that new supply tames the price increases.

In the Urbanation post: “While the market remains undersupplied, the report says the 11,315 newly completed condos that reach closing in the past six months helped to alleviate recent pressure on rents.”

The new foreign buyer tax is expected to kill demand from foreign investors. Kathleen Wynne has characterized these foreign investors as speculators as “undesirable” parking their money. She didn’t comment on whether immigrant investors are coming here to launch their business to give their kids a great education. She failed to specify why foreign investors parking money here is wrong or illegal. And she provided absolutely no data regarding how much foreign investment actually takes place in the Toronto Housing Market.

A number of Realtors and experts say foreign investment is only a small portion of the Toronto housing market.

If that’s the case, Toronto condo prices similar to Toronto detached home prices will likely not fall much and will recover probably by late summer. Some say this will be a brief market letdown and if new condo projects dwindle in number, it will only drive up condo prices in 2018 and 2019.

As you can see in these stats from TREB below, condo prices in Markham, Vaughan, Toronto West, Richmond Hill and even the hot zone of Toronto central, are reachable for many buyers. Adding 20% should still make them affordable. 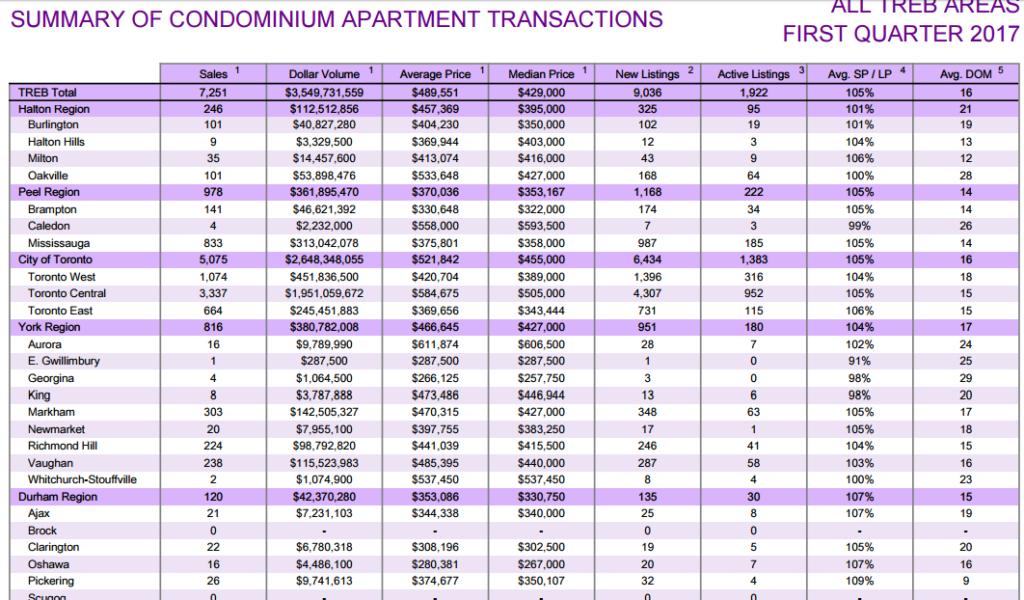 Emporis, a research firm that specializes in Condo development reporting says there are 154 condo projects currently in construction in Toronto with another whopping 364 planned and 382 unbuilt. Ontario’s depressing tax could put prevent many new projects from moving forward which will constrain development and lower condo availability. That will move Toronto condo prices higher in the long term, assuming Ontarios economy can continue improving.

In an early interview with Brad Lamb, a well known Realtor specializing in downtown Toronto Condos, Lamb suggested the Foreign Buyers Tax could conceivably lead to recession in Toronto and across. Lamb was then quickly rebuffed by Doug Porter, Capital Markets Chief Economist of BMO Capital Markets.  Porter blurted, “And I have eaten, drank and slept the Canadian economy for more than 30 years,” which look a little like a smackdown of Lamb’s credibility and capacity to speak with authority on the matter of housing economics. However, Bank representatives to tend to align with current government positions on these types of decisions so we have to question Porter’s credibility as well.

In that same BNN interview, David Madani, of Capital Economics said that Toronto new housing construction accounts for 1% of Canada’s GDP:  “Accordingly, a moderate slowdown in Toronto housing construction wouldn’t put the entire economy into recession… It would take a much broader negative shock to national housing investment and personal consumption to put the whole economy into recession.”

But as we know now, the US is beginning to apply border taxes and we have to wonder when Trump will tax Ontario’s lucrative auto industry. The 1% that foreign investment in real estate provides, suddenly looks large. Now that the tax has been announced, foreign investors and our own condo development companies won’t trust the government.