As Ontario Premier Kathleen Wynne announced the new Foreign Buyers Tax in Toronto, she ignored recent stats that showed Vancouver’s use of the money grabbing tax was wearing off.

Doug Ford has just picked up the old torch and kept carrying it.  Any kind of tax can hurt housing investment. It severly erodes revenue for builders, investors and puts home prices out of reach.

And she ignored discussion of housing supply and support of builders, and how housing investment creates jobs and helps pay off our massive provincial debt.

With Wynne’s 14% approval rate, not many of you believe in her and the liberals any longer. They are involved for only one more year yet they can do some damage during that time. The foreign buyer tax, rent controls, and the 14 other housing hacks to suppress Toronto home and condo prices which she’s announced, could have grave long term effects for us all — suppressing investment, drying up rental availability, and raising GTA home prices to ridiculous levels. It’s actually an alarming situation that makes people more concerned about a housing bubble.

The real problem: Toronto doesn’t have enough housing, people are going homeless or must pay exorbitant rental rates and they can never hope to own a home. Those who want to sell, have nowhere to go. I think it’s obvious, Wynne is the culprit and the reason why home prices are so high.  Wynne takes voters for granted, and takes the tenuous Ontario economy for granted, and she could ruin that too. There’s no time for professional administrators with weird agendas in government anymore. Rent controls have been studied before and pronounced as failures. We need creative entrepreneurs, smart small business people with lots of ideas.

The Solution: we need investment money to build new homes and we need Ontario scrubland freed up for new home development. There’s lots of it – miles of empty vacant land that’s not even good enough for farming. And as I explain in this post, moving investment outside of Toronto is good for everyone.

The so called speculator-fueled housing price fire she blames, is actually fueled by a lack of housing supply in Toronto, which she created and big multidimensional demand from buyers. Speculators know Toronto is desperate for housing and will be for some time. Still investors believe Toronto is a great place to invest.  Not so says Wynne, who pushed her regressive 16 point housing hack. Not freeing up land for housing is a dangerous ploy that could contribute to a recession and make finding a rental unit impossible for millions of house and condo renters.

Quite the contrary to what Wynne stated, real estate investors, house flippers, and land developers contribute a great deal to the economy.

Will investment money move out west to Calgary? https://www.660news.com/2017/04/20/foreign-buyers-tax-boost-calgary-real-estate/

I like how one writer called Wynne’s housing plan a Potpouri of Politics seemingly to lower rents and ward off a housing crash – destined to failure. And the growing homeless will see no relief.

The problem will never go away, because Toronto is hot. It’s an International mega city and nothing can stop that. Her government’s perversely named Places to Grow legislation — artificially limits housing supply which raises prices. And the new Toronto foreign buyers tax also increases Toronto housing prices since sellers will just add the tax cost to their selling price.

The question really needs to be asked: “Who pushed Wynne to support this ideology of stopping urban growth around Toronto?” Why aren’t the media questioning her ideology and who is behind it?

Currently, real estate is the only sector bringing investment money into Canada and Ontario. Shooting the Golden Goose just seems like a bad idea. If homelessness and lack of hope are a problem now, it’s going to be worse in 2 years.

We don’t need data to know that Foreign investors contribute to our economy.

Toronto is Where the Jobs Are

And Toronto is where Millennials aged home buyers (and new immigrant buyers) are and work. Whether they choose to live in Toronto condos or detached homes in the GTA, they want to live within commuting distance. Wynne doesn’t represent this generation’s quest for the life they want. She’s got an “alternate lifestyle” for all of us featuring poverty, big mortgages, and higher taxes.

Let’s face it, if Kathleen Wynne was your doctor, her special medicine that would shoot your blood pressure to 1000 / 860. After your head explodes she’d prescribe ice packs. The Liberal’s housing hacks are going to stifle investment and lead to higher prices by 2019. But then, she and her government won’t be around to experience the consequences. They’re the most unpopular government ever and will be heading out in the coming election next year.

People have to live somewhere. Hundreds of thousands of new immigrants arrive in Toronto every year looking for homes. They’re not speculators. They want to live here and have their kids educated here. Think about how valuable a North American education is to these new foreign migrants. It’s life changing and gives their kids a big life advantage — perhaps bigger than native Torontonian kids (the forgotten).

Who Will Pay Ontario’s Whopping Debt of $318 Billion?

One way to help pay the whopping Ontario debt would be to graciously approve of foreign investment. Foreign real estate investors are already being taxed and are helping grow our economy by buying in the Ontario housing market. 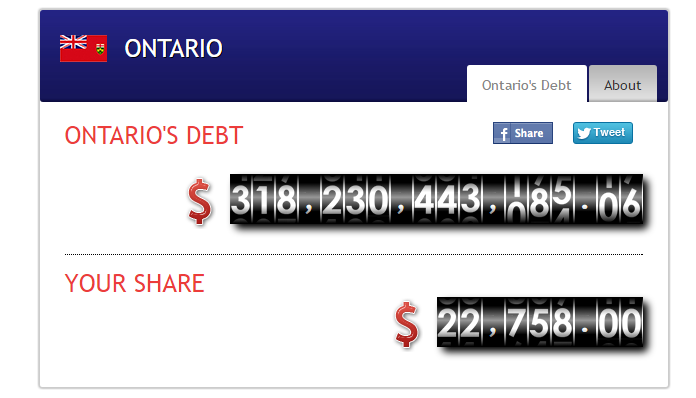 Wynne also announced a new Mincome program to test out a minimum level guaranteed income for a few select Ontarians. This is probably due to her sponsor’s belief that the future looks grim for Ontarians. Her Apocalypse plan is to contain the Zombie’s within the GTA.  Why not build a fence like Donald Trump is?

Unfortunately with poor Free Trade deals, the picture for our youth is troubling, low waged, insecure, and poverty is growing visibly here in Ontario. With the exception of marijuana and tattoo shops, we have little to brag about. And with tight credit and NAFTA issues looming, you’d have to wonder how Ontario will create jobs.

Wynne’s support of the controversial Places to Grow program is at the bottom of rocketing Toronto home prices. Without land to build on, our thirst for “Places to Live” will never be quenched and prices will keep pushing upward. So her list 16 anti-investment tactics is wrapped within a failing overall strategy that will actually cost Ontario future growth and lead to higher prices.

Freeing up land around Toronto is the solution. There’s tens thousands of hectares of scrubland available for new housing developments (and it’s happening in Bradford, Vaughan, East Gwillimbury, and south of Barrie).

Wynne could create a new program to decentralize the economy away from Toronto and send jobs and good fortune to areas that need it.

The one good thing about the Toronto housing market boom is that money is being pushed outward to places such as Oshawa, Guelph and Barrie infusing those communities with new money. Prices in Barrie have risen 44% in the last year and this migration of investment money is giving Barrie something it rarely gets — investment and hope.

In a previous post I covered 10 ways the Toronto housing crash could be avoided and that Wynne’s government is forcing this housing crisis. The gist of the solution is to use this housing crisis as a reason to encourage investment in smaller communities outside the GTA. Instead of the current housing price spillover effect, why not actively move investment money and jobs outward to places like Barrie, Orillia, Orangeville, North Bay, Sudbury, Belleville, Guelph, Waterloo, London, Sarnia and Windsor?

The Liberal’s “Places to Stop Growth“ plunges these communities into poverty and unwisely pushes intensification in places that don’t need it. These places are intensifying are their own.

Toronto Canada is in demand and the Investment money is already parked here.  Toronto and new incoming millennials intend to get married and start families, and new immigrants will keep adding price pressure. The 16 measures she took won’t work and in fact could stunt Ontario’s economic growth. Soon we will be battling higher rents, higher taxes, higher utilities (if we can find a place to live).

How would you rate the Wynne government’s support of small business? What are the key features of her small business growth support plan?

The foreign buyers tax was used in Vancouver which is much more Asian buyer influenced, and prices are already starting to rise again. They know how it’s all a matter of supply and demand.