The experts have been calling for a Toronto Housing Crash for several years now, but it never happened. But is time finally running out?

Surely the oil price crisis and the Corona Virus pandemic will deliver the final blow to Toronto’s pressured housing sector.  But no, die it will not.

What happens before a Housing Crash? This is the question more people are asking.  If Toronto’s economy is strong, could a crash possibly occur? Do we need to know the factors? If housing does crash, that doesn’t mean the economy would crash would it?

Canada is now a real estate nation, with little else to keep the economy from sinking into an even deeper funk — in the Globe and Mail.

What are the current issues people are discussing?

What Causes a Real Estate Bubble and Housing Market Crash?

A Real Estate bubble happens when prices become inflated well beyond their apparent or historical value. Reality may be ready to snap them back to normal. The excessively high prices mean some buyers are likely over leveraged or in financial risk. If the market plummets they will be holding an “underwater mortgage” where they owe much more than the home is worth. They could decide to abandon the home as was evident in past recessions.

There are so many housing crash indicators to consider that even experts and mortgage corporation CEOs can’t provide a very good forecast. And past crashes may not give us any clues. But one insidious factor might be most telling even more than prices — that the economy can’t support it and wage performance in Toronto isn’t good — homeowners really are overleveraged. CMHC has sounded the warning, doing what they can to stop first time buyers from being future victims. Homeowner’s financial position is likely worsening and they’re increasingly in danger of default.

I’m not a qualified housing market economist but who is? You can read forecasts from 4 years ago from the experts who got demand wrong, bubble forecasts wrong, and made other embarrassing statements such as “Toronto’s condo glut.” It’s a lot of guesswork. If you’re well to do, the price crash might not mean much, but a housing crash could bring the Ontario economy and indebted Ontario government crashing down. That’s when all hell breaks loose.

When Will the Housing Crash Happen?

A housing crash occurs when housing prices plummet, due to economic failure, or to a wave of sellers who dump their properties onto the market in desperation to sell them. As in 2007 in the US, if defaults occur, it could bring down the market including mortgage lenders, sending it spiralling downward for years. The US housing crash brought the whole economy down and the damage spread internationally due to economic integration and capital flight.

Canadians, including Torontonians are deep in personal debt and first time buyers may have big student loan debt. Wealthy people would be quick to sell to protect their own fortunes. Once the fuse is lit, we can expect terrible consequences.

What do The Home Builders Think of the Toronto Market?

Are builders jumping into the Toronto market with both feet? That’s a good sign of market direction, because new home development builders have a lot on the line if the Toronto economy should tank. They’d be exposed for hundreds of millions of dollars.

Yet if you look up in Vaughan, Newmarket, Aurora and especially Bradford West Gwillimbury, you’d see massive developments going full steam ahead. In East Gwillimbury, one development just north of Green Lane in Sharon, will have 9000 new homes. Builders seem pretty confident they’re going to sell them all. And generally, they’re sold quick and at very high prices. Chinese buyers are still supporting the market however, buyers from the Toronto area are keenly interested in York Region.

I’m getting more frequent inquiries from Toronto area home buyers and I expect that to grow. They can sense the possibility of the Toronto housing bubble bursting, and that now is the right time to sell their Toronto or Mississauga home and make the migration north. It is a wise time to sell your home anywhere in the Toronto region and settle into something cheaper. We will never see the winfall homeowners are getting now from selling, again in our lifetime.

If you are ready to sell, why not contact me to help you get the best price for your Toronto or Mississauga home? You’ll get an experienced and helpful Realtor to get it sold fast, but for a fantastic price. You won’t be even thinking about their commission.

When the next recession happens, all those who didn’t sell will look back with regrets. The opportunity to benefit by hundreds of thousands of dollars is no laughing matter. You can sell now and move to Costa Rica, Palm Beach Florida, Kelowna BC, Arizona, or Belize and live a wondrously happy existence.

The Kids Will Be Happy and So Will You 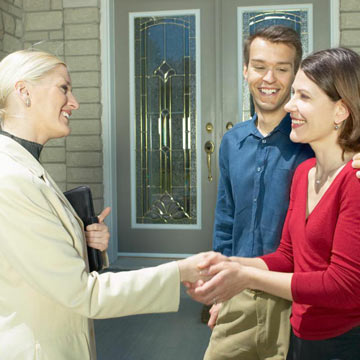 Some don’t sell their house because they don’t want to uproot their kids. But kids are resilient, and 100s of thousands of dollars buys a lot of health, high quality education and other youth development benefits. Think how nice that could be?

It may take another year or two before the bubble bursts, buy why wait? You have the big winfall now. If you’re a babyboomer, did you work hard all those years to sit in a house that needs constant repair? Come on, you deserve better than that.

Contact me and I’ll help you get launched on the whole process and get you moving onto a better life. My Realtor associates in your town will do a market valuation and then help you optimize your property for sale. This is an exciting time for you, your spouse and family. Suddenly, you have options you never dreamed of. Be happy and let’s get started!