No town or neighbourhood in the GTA has gone through the level of dramatic changes that the Bradford Ontario area has in the last 6 years.

Growth in population, commercial enterprise, and neighbourhoods on the west side along highway 89 has been astonishing and it’s earmarked for more.

Bradford West Gwillimbury is a exciting new place to live offering all the modern amenities and the quiet and clean air of the rural Simcoe County countryside. If houses for sale in Newmarket or luxury homes in Aurora and Vaughan are too expensive, Bradford Ontario might be the affordable, clean oasis you might enjoy.

Its laid back farming spirit remains despite the all the development in the town nearby. The town’s proximity to Highway 400 and Lake Simcoe make it a very desirable and convenient location for those who want the best living possible north of Vaughan and York Region.

Both Bradford West Gwillimbury and East Gwillimbury are undergoing tremendous growth and its brought profound changes in the town’s atmosphere, livability, and opportunities. East Gwillimbury will see more than 7,000 homes constructed over the next 9 years with 800 being delivered in 2016. BWG encompasses a large area that includes the villages of Bond Head and Tecumseh.

Bradford is located on the north shore of Holland Marsh which has been Toronto’s vegetable garden for more than a hundred years. It’s culture has been much that of a quiet dutch farming settlement where time passed very slowly.

The Holland Marsh itself is a former lake bed which dried up and left incredibly fertile soil where everything from carrots to grapes are grown. Every year, thousands of Mexican farm labourers migrate here for the growing season. As food prices have risen, so has the prosperity of this small, unpretentious town.

It is a rural region and yet professional management of the watershed and natural environment by the town and the home developers has made it much better.

The Bradford Recreation Centre is an amazing sports facility. I’ve been a member there twice and enjoyed working out and using the indoor trick and basketball courts. There’s a huge swimming pool and 2 hockey ice rinks. 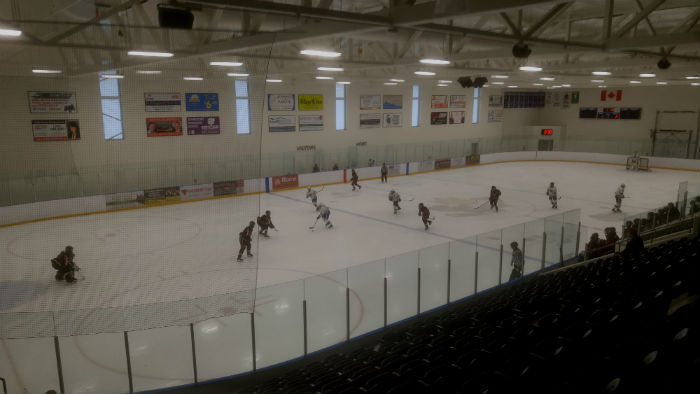 The Bradford / West Gwillimbury and East Gwillimbury region is much in demand for residential property. It’s a beautiful natural area, especially along the Holland rivers.

Admittedly, this demand for houses is creating urband sprawl urban sprawl from York Region, Vaughan and Toronto.  Bradford is north of the politically sensitive Oakridges Moraine designated green belt region, and there is plenty of scrubland here for development. That freedom has spawned huge new housing developments south and north of Holland Street.

If you’re wondering whether Bradford WG is the right place for you and your family, you’ll be delighted with you’ll see. Along with the new homes being built is a commercial retail corridor that offers every type of product and service you could want from dining to medical services and auto repair.

If fashion is what you thirst for, you won’t be far from the largest fashion mall in Northern York Region, the Upper Canada Mall in Newmarket and a short driver away from Vaughan Mills Shopping Centre.

How about Home Prices in Bradford West Gwillimbury?

Most homes sold here are detached houses with a median price of $615,000 which is considerably less than the $1.2 million average of nearby Aurora. Although homes take much longer to sell, they almost certainly will be sold.

There are a number of builders active in the greater Bradford West Gwillimbury area with several new developments proposed.

National Homes has its Phase 2 development called the Forest.

Homes in Construction or Newly Completed

Regal Crest is continuing its development called Dream Fields, of which I have photos of below.

National Homes has its Phase 1 development called The Forest

Brookfield Homes has its development Grand Central Bradford in construction

Let’s take a look at some of the beautiful homes built and in construction here in Bradford.