I’ve worked with many clients in the Boston MA area and I would be thrilled to work with Massachusetts companies again. Boston businesses are spread out over the greater Boston area into a variety of cities.

The layout and the culture of business in Boston is very unique and a thrill to experience.  It’s almost imperative that we visit the waterfront and go to a Red Sox game.

Boston is a lucrative market yet the cost of doing business here is high. And Boston real estate continues its relentless rise In the most recent report, wages have risen 24% in the last year. And babyboomers are retiring. That makes it imperative for Boston firms to work with a service provider from a lower cost market.

The other benefits for Boston companies are fresh, innovative ideas and working with companies with an outward, progressive approach. That helps them reach new markets and that’s what it’s all about today.

From this quote in the The BPDA Research Division’s annual economy report, we can see Boston is humming right along again.

Economic growth: Boston’s economy grew by 3.6 percent between 2014 and 2015 as measured by Gross City Product (GCP). This builds on 3.8 percent growth the prior year, running a point ahead of the growth rate of the overall U.S. economy.

Job and wage growth: Boston outperformed both Massachusetts and the nation with annual job growth of 2.7 percent between 2014 and 2015.

Boston is a large metropolis with businesses in every conceivable sector. Whatever you sell, you can sell it here, whether food, bio-medical products, software or SaaS services, or travel products. 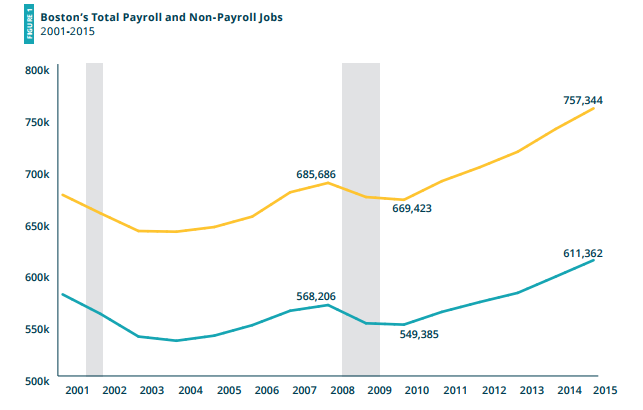 In a report from North Eastern University, Johathon Smoke, Chief Economist at Realtor.com cited strong consumer confidence – buoyed by low unemployment – as one of the factors contributing to a strong 2017. Unemployment in the Bay State is down to 3.3%, well below the national average of 4.9%, and it’s likely to continue says Northeatern University economist Clayton Matthews. 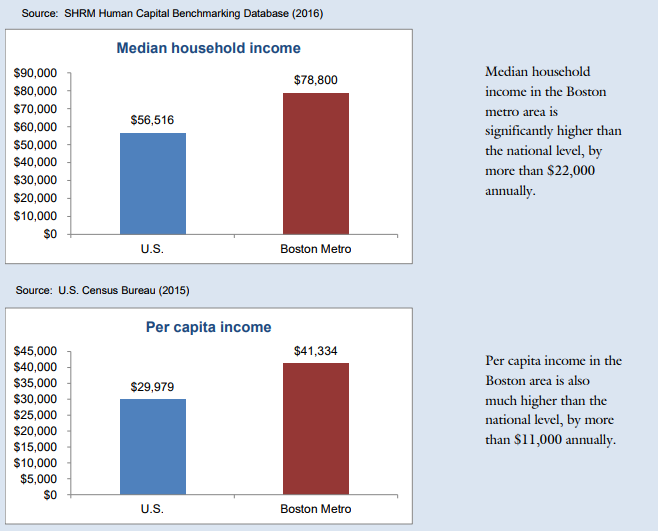 There are no limits to what you can sell in the state of Massachusetts and the economic might of the New England area is no small matter. Boston businesses need competent service/product providers and they have plenty of budget to bring you in.

All you need is reach, relevance, and boots on the ground in Boston. After they find you online, they will call you in. That’s how it worked with me, and that’s how it will work for you.