Government’s are lowering interest rates to ride out the pandemic period and homeowners are very eager to refinance their mortgages, and buy homes or real estate during the record low period.

Mortgage brokers and banks are competing by dropping mortgage rates to capture new clients and new refinance generated customers. Home buyers use of mortgage rate calculators in 2020 is a good sign that many are interested in refinancing loans, mortgages, debts etc to ease their payments and reduce overall debt.

If you’re still interested in refinancing at a lower rate, contact a local, independent mortgage agent, and avoid the banks usual offers. Independent agents will find a solution that fits you financial needs.

This latest boom in refinancing happens at a time when homeowners have a lot of equity built up. Not only are they saving on mortgage payments, they’re lowering their debt, and creating new money for renovations if desired.

It’s believed many of banks will resist lowering their lending rates. Unfortunately, they could end up losing customers to mortgage brokers with their lower rate providers. Not lowering mortgage rates in the current climate seems like a very bad decision.

In a CNBC report, MBA’s Mike Fratantoni said “Given the further drop in Treasury rates this week, we expect refinance activity will increase even more until fears subside and rates stabilize.” 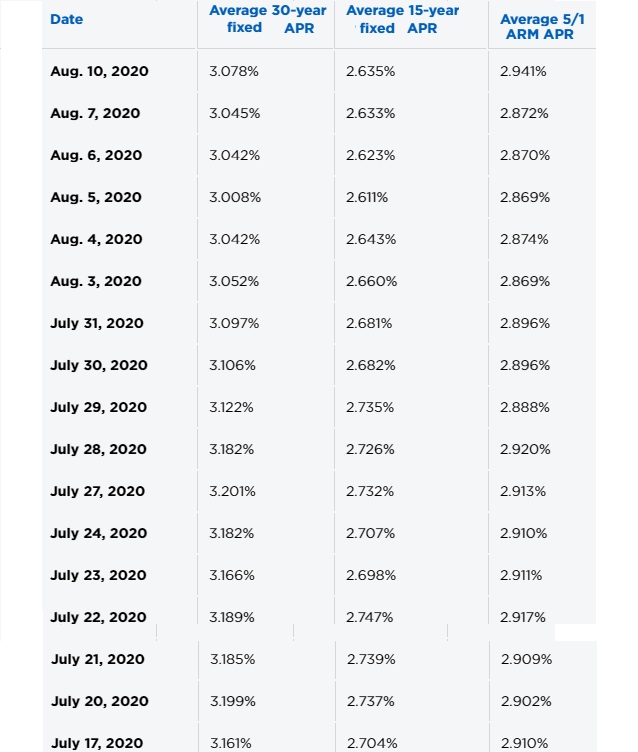 It might be shocking that amidst the low mortgage rates in the US the last many years, that a sudden surge in mortgage applications and refinancing could happen.   However, this is a once in a lifetime opportunity to lock in with the lowest mortgage and refinancing rates in history.

Could this brighten the housing market in 2020? Mortgage Bankers Association also reported that mortgage refinance applications are 224% from same period last year. And applications for home loans rose 10% compared with the same period in 2019.

With the Fed cutting interest rates below 1%, market experts expect mortgage rates will soon also fall to record lows. We’ll have to wait another week to see how much lower mortgage rates drop and how the housing market is being affected. With a shortage of housing, this could only raise price pressures.  A lot of homeowners are choosing to stay in their current homes. We have to guess as to what they will spend their new savings on.

Is This the Right Time to Refinance?

Like a dam bursting upon news of the lowest mortgage rates, home buyers and owners flocked to mortgage agents to sign a new deal. The drop in rates wasn’t precipitous. The average contract interest rate for 30 year fixed loan decreased just 21 points to 4.12%. Wells Fargo is offering a 30 year fixed rate loan at 4.125% and a 20 year fixed rate for 3.99%.

Yet there’s more news. Deflation right now, and lower consumer prices after the Corona Virus scare (Democrats warned that inflation would rage upward) are the order of the day. From gasoline to apartment rents, consumers are enjoying good times, if they’re employed.

Economic forecasters are saying rates will go lower so this could be just the beginning of a mortgage refinancing bonanza for mortgage agents (6 months later, that forecast was right on!).

Wall Street Journal reports that Quicken Loans is expecting their best month in June 2019 ever due to this unforeseen refinance blitz. Luck apparently does play a role in modern finance.

The persistent rate drop is something forecasters didn’t see. The mortgage rate forecast was for above 4.5% for 2020. It is in the low 3% range now.

Why the low rates? Financial experts are still concerned about the possibility of a recession while the stock markets are forecasting boom times (except for the Corona/Bernie Sanders dip).  And homeowners will feel compelled to jump on a lower rate in anticipation of tougher economic times to come.

But hold on. The economy isn’t that weak. These rate jumpers may just be getting in while the getting’s good.

Yet The Stock Market Forecast is Up

With President Trump showing weakness lately and the Democrats gaining a little traction politically (or at least publicly), some may feel they could fluke out a win in the 2020 election, and end America First to send jobs back to Asia which helps multinational’s cost situation. A Democrat win is associated with a return to 2015 trade numbers, a recession with strong imports, loss of intellectual property rights and a China surge.

What Caused the Mortgage Tsunami?

The US jobs report was weaker last month and that may be enough to start a bearish sentiment overall. For the 6th consecutive week, interest rates had been falling (-17 basis points) resulting in a 2 year low 3.82%.

It’s likely the new low rate news was the final straw that broke consumer’s resistance to refinancing. It’s a bonanza for mortgage agents and they’re likely busier and richer than they’ve ever been. For homebuyers, a lower mortgage rate puts them in the range of being able to buy.

Recent economic data which was positive didn’t seem to factor into the surge. The ISM manufacturing index rose in April and non farm payrolls were up slightly. GDP of course rose 3.2% last month.

Even though it looks as though rates will fall further, consumers felt justified enough to approach a broker or get refinancing online.

This chart from Freddie Mac shows the rapid decline and the steady rate decline from early November.

The new mortgage rate news may reflect a healthier housing market as well. Sales were up and listings were up in May.

“I feel very good about the housing market,” said Lawrence Yun, chief economist at the National Association of Realtors. “Inevitability, I believe that home sales, which have been down year-over-year for many consecutive months, will turn positive in the second half of this year.”

See more on the housing market 2020, lower mortgage rates, and the real estate forecast for California and Florida.

Is this the right time buy a home? Do you or your selling agent have a good strategy to sell at above asking price? Is there a chance of a stock market crash and housing crash in 2020?  Experts have specified 2020 affirmatively as their choice for the crash year. Do you believe them?