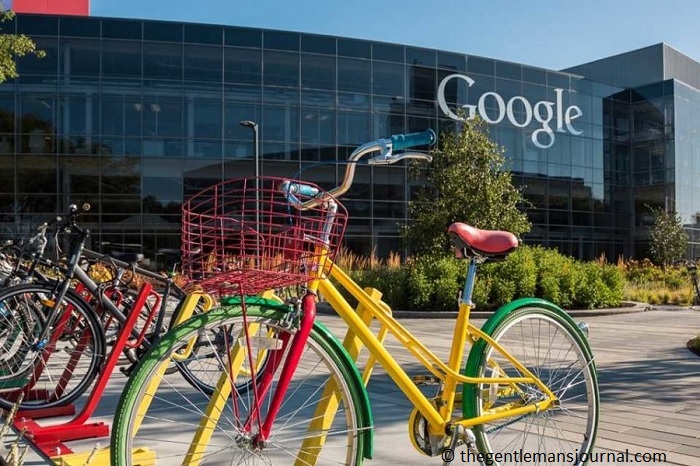 Oh Yes, Google’s at it again. This time, they want to stretch our imagination about how good a workplace could be. They’ve hired an architect to come up with something that catapults business flexibility, value to employees and employee creativity to the limit.

This new “campus” is more like a village under a flexible, transparent roof structure.  This particular model will likely begin appearing across all Google campuses and then spread to other organizations.

As of March 7, 2016, Google has modified its original plan but without the dome shape unfortunately. Apparently, Mountain View city council wouldn’t give Google all the land and instead gave Linkedin some for their use. I hope this doesn’t signal a loss of confidence.  Anything Google does is contagious and insipring and we need that today.

Google’s business model and practices tend to be disseminated throughout today’s business culture. And for good reason. They’re visionary, leading edge, adaptable and borne of confidence.  You could have had Google stock back in 2005 for $85 and it’s now at $534.

Everything this company does begins with a unique philosophy.  It’s probably their record of success and confidence that breeds such a fearless imaginative approach to business.

I was really excited about my first visit to Google’s main campus in 2005 in Mountainview which is just north of San Jose, and just south of San Francisco.  I discovered how romantic San Francisco and northern California is. It’s not a “Girls Gone Wild” kinda of thing —  just a fun interesting place.

You’ll definitely want to attend a Google Party when the new place is built.

Their current home is big, open concept, and definitely designed to make employees feel special. I especially like the playground slides from the 2nd floor down to the first. We’re all just kids and we wanna have fun.

Their New Home Will be Near the Bay

But this time, they’re creating some sort of  geodesic netherworld. Apparently, they want to create buildings out of modular blocks to enable them to grow/build out any way they need to.

Millennials must think they’re a key part of the future of mankind with this project.

It’s completely open concept with cruise ship type amenities.  It proves a point, that money and imagination are linked.

The pictures really tell you what the new trend is in employee engagement and productivity. 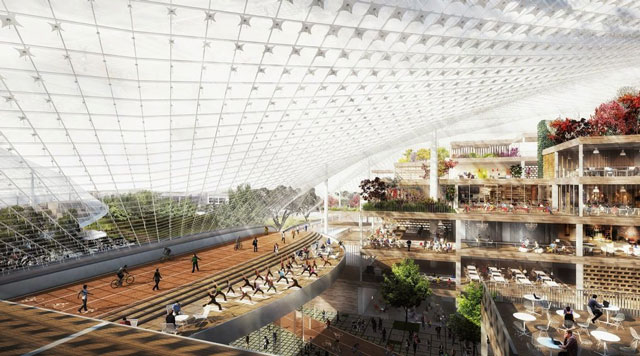