How odd is it in 2018, that a country on the verge of trade wars, real estate collapse in its major cities, flat wage growth, mediocre job growth, merciless consumer debt, and a sagging national housing market would be cited as the G7’s darling child?

In a new report just released, the IMF likes Canada’s economic situation and they’ve forecasted some lofty economic growth rates. Quite a rosy prediction for 2018 and beyond 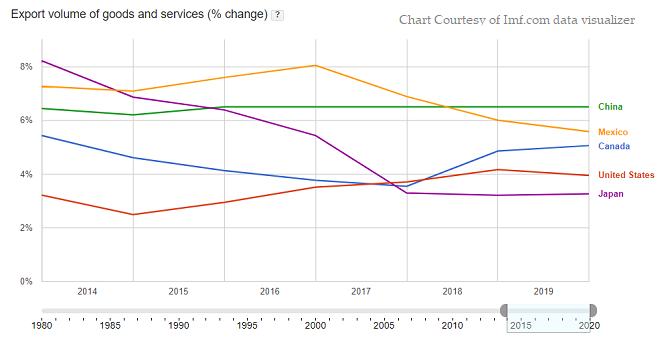 For entrepreneurs, mortgage agents, realtors, manufacturers, retailers, builders, renovators, homebuyers and banks, this is a positive signal about growth ahead. Trump is looking to renegotiate NAFTA which doesn’t mean shutting out Canada.  The negative media hype is ridiculous. Even with renegotiation, Canadian small business has a good opportunity. If Trump has an issue, it’s likely with the multinationals who continue to rule everything including politics.

Despite sluggish growth for its major trading partner, the IMF believes Canada is poised for growth of 3.6% this year and 3.7% in 2018. That has to sound good for job hunters, real estate agents, mortgage agents, house buyers, and business development managers alike.

Underpinning all the optimism is the IMF’s belief in a broad-based global economic upswing. Does this mean the world has adjusted to US trade protectionism, or is Trump actaully unable to do anything about the US situation? The IMF points to Trump’s inability to get new tax laws passed and to the level of optimism globally. With Trump’s new tax bill passed, the US stock market could boom for at least one more year, and that’s good news for the Canadian economy.

This might come as quite a surprise to most of us who haven’t heard such a rosy forecast for the world as a whole. However, much of the uncertainty of housing and stock markets was of a global nature and it may be subsiding.

An earlier report from the OECD set Canada’s growth rate at 3.2% for 2018. Strangely, although Canada is believed to be the leader, overall global growth is set for 3.7%, a half percent above Canada’s forecast rate of growth.

The OECD is also calling on Canada to ease foreign investment restrictions and ease the Toronto/Vancouver housing crisis. Given that Canada is mired in the lowest levels of foreign investment ever, it would be healthy for the Vancouver and Toronto housing and condo markets along with the TSX stock market if such investment was allowed to flow.

The OECD also cites Canada’s lack of productivity as a big concern, however it appears the country has been able to make use of its assets to generate growth.

A BNN poll found that most viewers believe tax rates and the NAFTA deal are the key worries about the Canadian economy.