China’s cities are growing in complexity, size, and power, and there are so many of them. And the country is the oldest civilization with plenty of history and amazing sites to see.  Add this travel destination to your others:; Costa Rica, California, Australia, Switzerland, Hawaii, and Alaska.

The last civilized place on earth to discover, China is on everyone’s list to visit.  My tennis friend (name withheld) a Romanian living here, visits and works in China and in particular, Shanghai. Of course, I’ve known a lot of Chinese and Hong Kong people but they never spoke enthusiastically about where they came from. There’s a lot not being said here.

I can remember when my friend, a design engineer, was unemployed, disheartened, and wondering about his future. Well, he sure solved that problem — getting into gear with China. He has an unbelievable amount of frequent flyer points too. Those day long flights would be tough though.

Anyway, China has a lot of diversity with the mountains, tropical zone, and of course its packed urban areas. I can’t see China tour operators going out of business anytime soon, anymore than those bringing Chinese investors over here to buy up everything, including our real estate. Shanghai seems like a fascinating place to me. this is an old picture. The new skyline has the newest tower, 2073 feet high. Just another building in this city of 24 million people.  That’s getting close to the population of Canada. 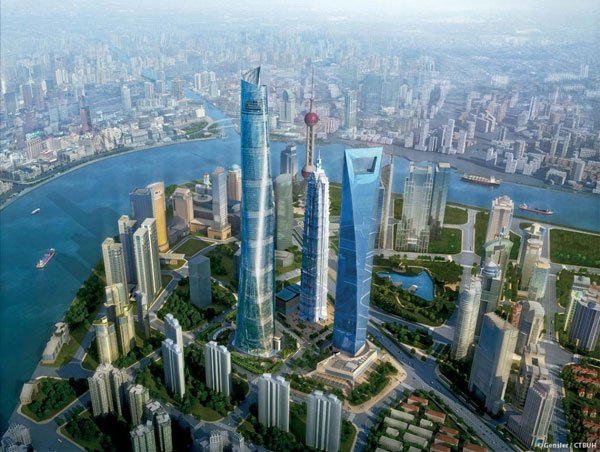 The New Shanghai Tower is just about finished. It has a similar twisting design to the Absolute Condos in Mississauga. Only at 2073 feet, it’s about 4 times higher.  If you go, you can go up to the observation deck at 1841 feet and see the heart of China.

He says the Chinese have very advanced civic engineering that put us to shame.  The scale of it all is hard to comprehend. They’ve got a lot of money to play with, and they can move it wherever they like to get the job done. We don’t have that freedom here. We’re choking and dying on our own rules while they march forth at a 7% GDP growth rate.

How far will we go before we realize we have to get rid of the red tape and other limits?  I doubt the Chinese know anything about limits. The sky isn’t even the limit for them. We’re vastly underestimating how powerful China is becoming.  The fact our kids are learning French instead of Mandarin really is a joke. We’ll regret it in the decades ahead. 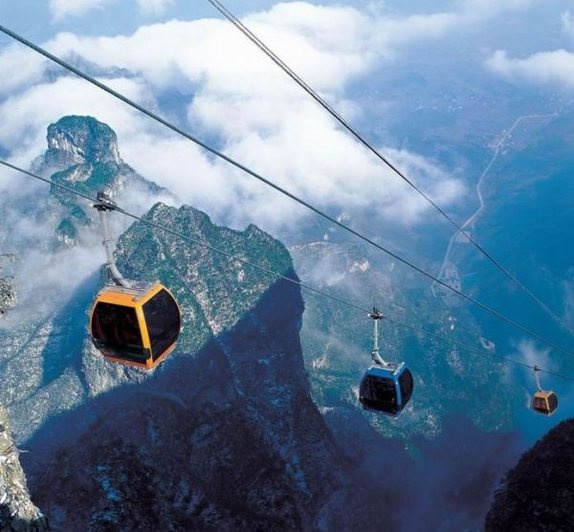 How would you like to drive this road? It’s every guy’s dream. 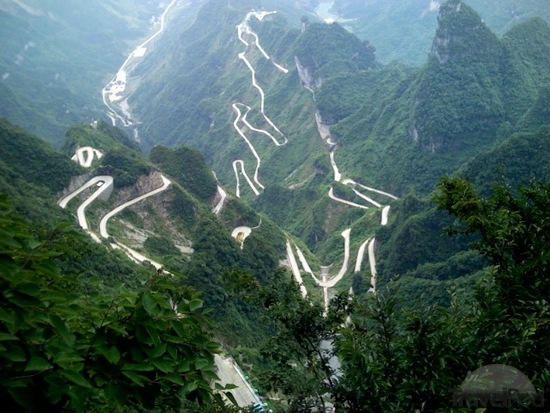 A visit to China would be an education, not a vacation. They have 100 million tourists visits yearly with a 10% increase each year.

There are some interesting mountains in China.  Some with holes in them so wingsuit flyers can enjoy their vacation too!

This is a famous wingsuit flying spot Tianmen Mountain. This place looks like crazy fun whether you’re walking or taking the Tianmen tramway to the top. If I went there, I wouldn’t want to come back, until I got hungry that is.

New restaurant chains are establishing themselves in Shanghai too. Look at this one called Lost Heaven. 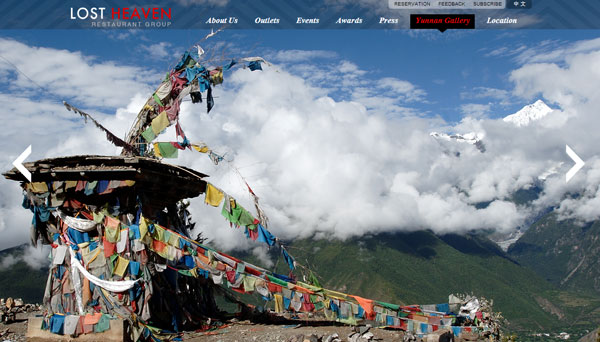 Canada is one of the top tourist sources for China oddly enough. Once they start buying our oil and gas, we’ll be maybe top 3. That’s significant for a small country. Better learn Mandarin cause this the future for us.

There’s no going back to the old waiting for the US days. The US looks awful economically with no real big hope in sight. China has singularity in its goals and purpose, and a mountain of money to make it happen. And they want all the decadent things we crave, including monster homes, gas-guzzling SUVs, big screen TVs, tablets and my favourite — international holidays!

I think China will be a place of endless fascination for us all. Forget Disneyland, this place has way more going for it. And this is just the start.